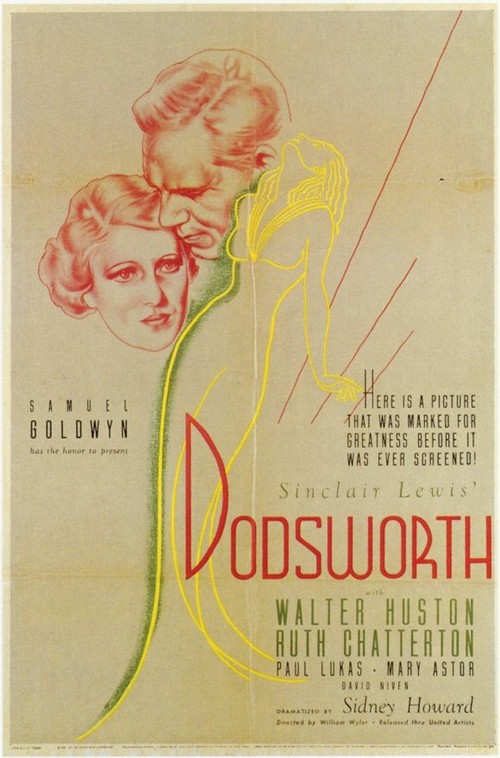 Sam Dodsworth (Huston), a business tycoon, decides to retire and take an extended trip to Europe with wife Fran (Chatterton). Unfortunately, Sam's financial success has only increased Fran's latent vanity and social-climbing tendencies. No longer distracted by his work, he sees his wife's weaknesses for the first time, as she openly flirts and cavorts with a European aristocrat. Sam must then confront the problem in his marriage, and then find a way to regain some happiness for himself.

Based on a novel by Sinclair Lewis, director William Wyler and screenwriter Sydney Howard have crafted an adult, perceptive romantic drama, beautifully played. They wisely minimize the soapiness inherent in the premise, fashionin an honest and surprisingly moving film about love lost and re-discovered. The Oscar-nominated Huston is superb, and the film also garnered six other nods, most notably Best Picture, Director, and Screenplay. (Trivia note: look for a young David Niven in a small but pivotal role.)