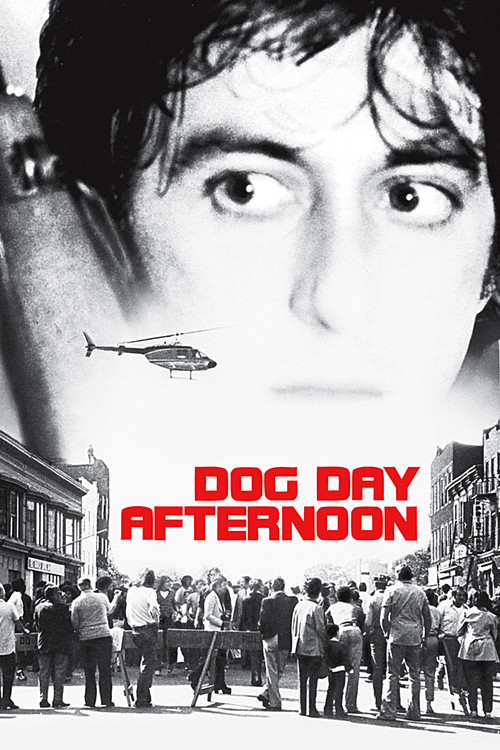 Forced to take hostages after a botched bank heist, Sonny Wortzik (Pacino) and his none-too-bright accomplice, Sal (Cazale), negotiate a tense standoff with Police Captain Moretti (Durning) over the course of a sweltering New York City afternoon. With a local TV station covering the situation live, Sonny becomes an unlikely celebrity, especially once the poignant true motives behind his heist attempt are revealed.

Reuniting director Lumet and Pacino, who'd worked previously on "Serpico," this Oscar-nominated drama (based on a true story) tracks two scheming misfits who've witlessly imprisoned themselves in a no-win situation. Pacino's ruffled and passionate evocation of working-class Brooklynite Sonny, who riles the gawking crowd outside the bank with chants of "Attica!", stands alongside his best works of the 1970s. The late Cazale, who played weak brother Fredo in the first two "Godfather" entries, is heartbreaking as Pacino's imbecilic partner-in-crime. Gritty, suspenseful, and superbly crafted, this "Day" is worth seizing.