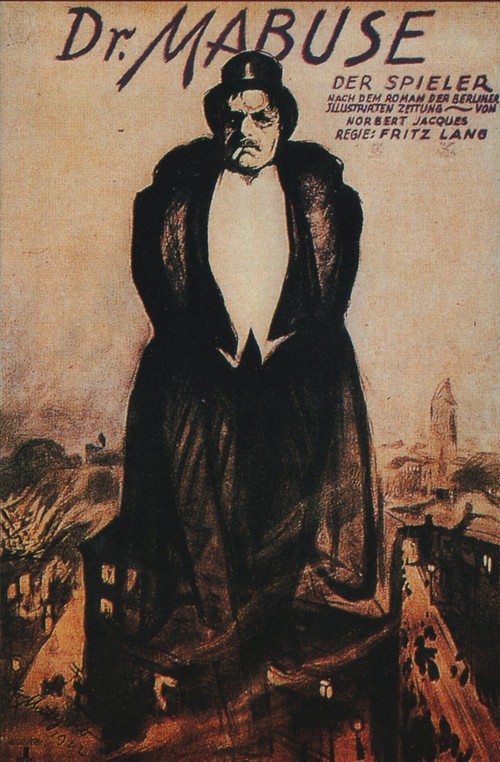 Winning the trust of wealthy businessmen he can manipulate to his own ends, mad mesmerist Dr. Mabuse (Klein-Rogge) employs his psychic abilities to lure millionaire Edgar Hull (Paul Richter) into a fateful card game, prising information he plans to use in order to corner trade on the stock market. But wily police commissioner Von Wrenk (Goetzke) is on Mabuse's trail, and is planning to bring an end to the devious doctor's criminal operation.

Remastered by Kino video, this crisp DVD creates the electricity and atmosphere experienced by Berlin moviegoers in 1922. Lang's classic thriller is a vivid, engaging tale of crime and evil that plunges us into a seedy underworld of dingy cabarets and gambling houses in 1920s Berlin. Klein-Rogge is amazing as the malevolent master criminal, a sinister figure characterized by hubris and a penchant for clever disguises. Avoiding all the pitfalls of overly stagy silents, Lang brilliantly handles the (rather explosive) action, and creates an atmospheric, fully realized world. Best viewed over two nights owing to its four-hour length, "Mabuse" is an eerily brilliant pinnacle of early cinema.