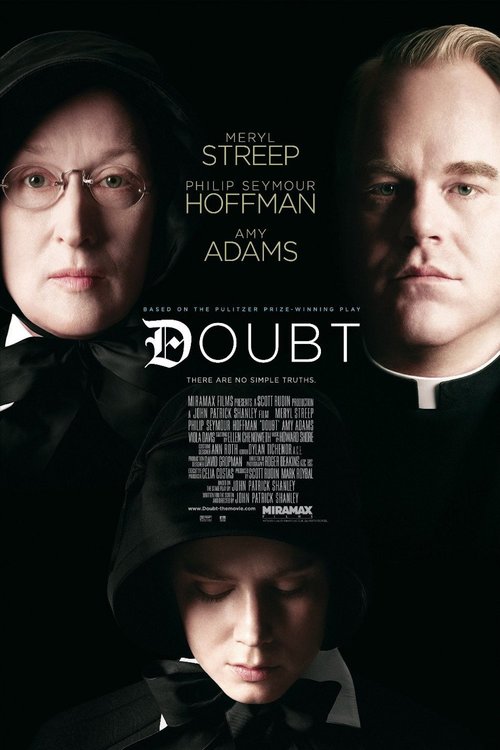 In 1964, the St. Nicholas Catholic School in the Bronx is shaken by controversy when its austere, notoriously strict principal, Sister Aloysius (Streep), accuses popular, reform-minded Father Flynn (Hoffman) of sexually abusing Donald Miller (Foster), a 12-year-old African-American boy that a younger nun, Sister James (Adams), has noticed him mentoring after hours. Lacking evidence and witnesses, Aloysius is driven by her need to root out the threat posed by Flynn. But — is he guilty?

Enlisting Streep and Hoffman, two of the finest actors working today, for this Oscar-nominated film based on his own Pulitzer Prize-winning play, Shanley wrings a lot of gut-wrenching drama from his main themes, which hinge on faith and reason, doubt and certainty, progress versus tradition. Wedding past events (civil-rights era) and present-day concerns (the Catholic priest scandals), Shanley concocts a consummate chamber drama that leaves no “Doubt” about the talents of its top-shelf cast.