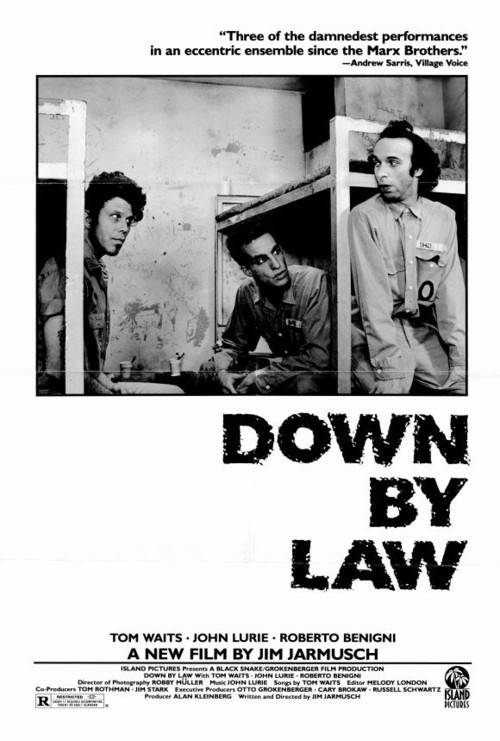 Down-and-out radio DJ Zack (Waits), arrested for driving a stolen car with a dead body in the trunk, meets Jack (Lurie), a surly street pimp set up by a competitor, in a Louisiana prison cell. Together with cheery Italian tourist and fellow cellmate Roberto (Benigni), whose broken English comes solely from a pocket phrasebook, the men argue, grow bored, and finally manage to escape, only to find themselves lost in treacherous swampland.

An oddball road movie with three of the quirkiest characters you're likely to encounter, "Law" is a hilariously deadpan portrayal of hipster cool on the skids. Waits is perfectly cast as Zack, a struggling record spinner with a gravelly voice like Wolfman Jack's, and long-faced New York musician Lurie also delivers as the scowling, caustic Jack. Of course, irrepressible Italian comedian Benigni steals virtually every scene he's in (which is pretty much the second half of the movie), but all three misfits maintain a punchy rapport. Also watch for Ellen Barkin as Zack's fed-up girlfriend. Witty and melancholic, "Down By Law" is tailor-made for off-kilter tastes.