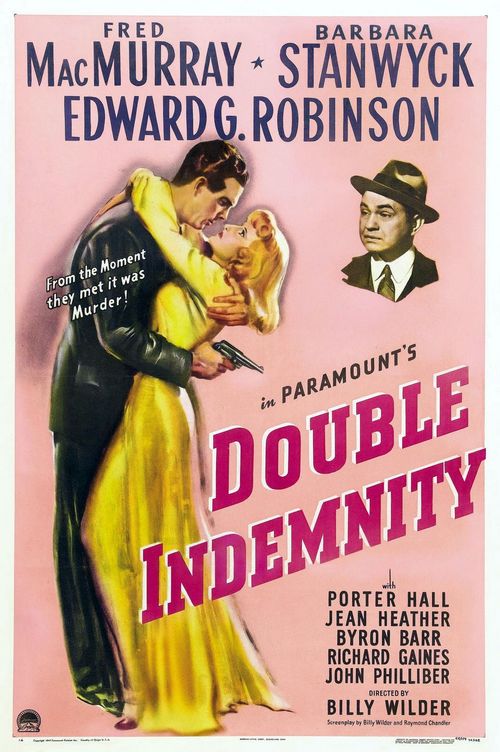 Gorgeous schemer Phyllis Dietrichson (Stanwyck) enlists besotted insurance salesman Walter Neff (MacMurray) to draw up a life-insurance policy on her husband without his knowledge — and then kill him. The murder goes as planned, but the two lovers lose faith in each other's motives when they face suspicious claims investigator Barton Keyes (Robinson), whose queries trigger a fatal game of cat and mouse.

Wilder's "Double Indemnity" is a masterpiece of stark atmosphere and carefully stylized suspense. The talented Stanwyck, a familiar face in the 1940s noir universe, assumes her role with feline deviousness, while MacMurray — narrating the film via flashback — brilliantly plays against type. Robinson is also note-perfect as a dogged, cool, and calculating investigator. Meanwhile, famed mystery writer Raymond Chandler's screenplay sizzles with hard-boiled repartee. Sinister, tense, and cynical, Wilder's "Indemnity" stands as one of our quintessential noirs.