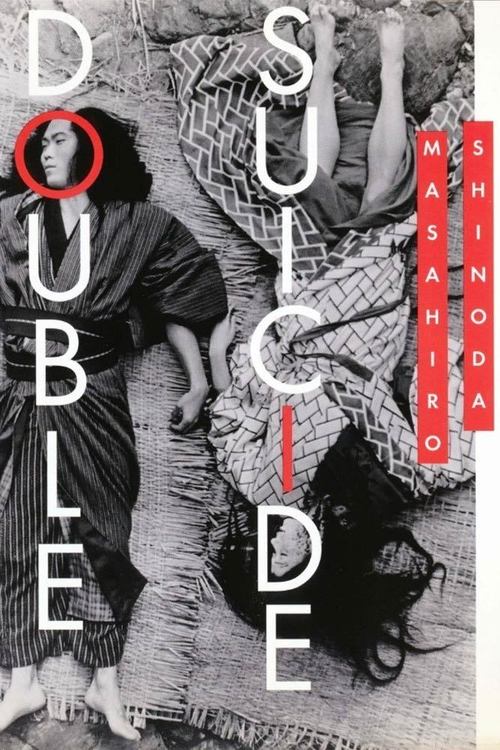 Penniless Osaka paper merchant Jihei (Nakamura) desperately wants to buy his courtesan-lover Koharu (Iwashita) out of bondage, but he is thwarted by Tahei (Komatsu), an arrogant merchant who lords his ability to requisition Koharu's services over the couple. Suicide appears to be the only way the two can remain together, but Jihei's wife Osan (Iwahita again!), sensing the plot, tries to thwarts their plan.

Based on an 18th-century Bunraku puppet play, "Double Suicide" is a self-consciously theatrical drama that follows two desperate lovers as they forge a suicide pact when circumstances offer them no hope for happiness. In her dual role as Osan and Koharu, Iwashita gives a rich, memorably affecting performance, lending both women — prostitute and wife — sympathetic traits. Though Shinoda approaches the Edo-period narrative with a fractured sensibility, outfitting his scenes with stagey effects and calligraphy-covered walls, he spins the tragic fate of these lovers with agile complexity.