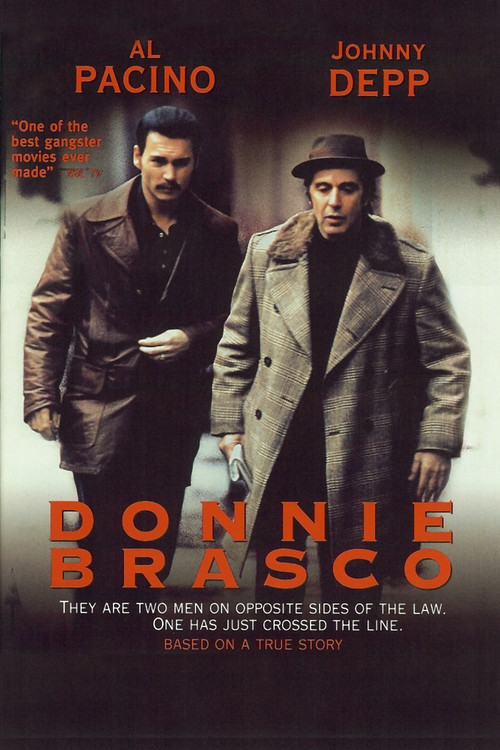 Working undercover, FBI agent Joe Pistone, a.k.a. Donnie Brasco (Depp), infiltrates the Mob by befriending low-level soldier Lefty Ruggiero (Pacino), who comes to see his young protégé as a surrogate son and confidante. But the deeper Pistone embeds himself in Lefty's shady criminal world, the more he questions his own allegiances and sense of identity, drifting from his wife, Maggie (Heche), and FBI handlers into treacherous ethical territory.

Based on the real-life Pistone's memoirs, Newell's "Donnie Brasco" offers one of the freshest takes on the gangster film since "Goodfellas," capturing the gritty street life of 1970s New York City as well as the melancholy mood of the times. In one of the great roles of his late career, Pacino excels as Mafia nobody Lefty, combining a wise guy's street swagger with a loving, fatherly air as he takes Donnie under his wing. Depp is equally strong as the conflicted cop, dutifully mining information but increasingly strained by his dual life — so much so that the cracks start showing. Don't miss this gritty, poignant drama of divided loyalties.