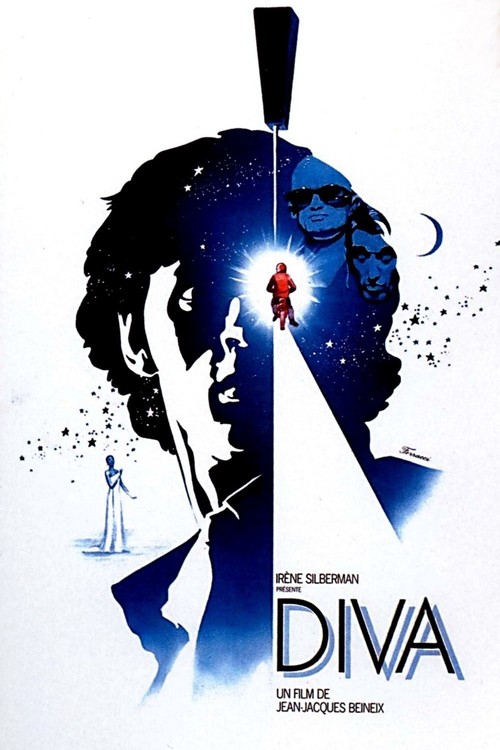 Mysterious, reclusive black opera singer Cynthia Hawkins (Fernandez) refuses to be recorded, but obsessive fan Jules (Andrei), a Parisian mail carrier, manages to tape a performance for his own private use. Unfortunately, two Taiwanese music pirates witness the act, and want his recording for themselves. Then there's the small matter of a dying girl who slipped another tape into Jules's courier bag, containing information that could implicate a senior official in an unthinkable crime. Suddenly, Jules has little time to listen to opera.

In his debut feature, Beineix creates a breathless, brilliant piece of cinema. Part love story, part '80s New Wave thriller, "Diva" is a rapturous, stylish film with a long thread of serpentine subplots involving crooked cops, Asian bootleggers, prostitutes, drug runners, and a certain black American soprano, played by ravishing real-life singer Fernandez. All of this culminates in an unforgettable motorcycle chase through the Paris subway network. Whether you're an opera fan or not, the propulsive "Diva" will sweep you right off your feet. Encore!