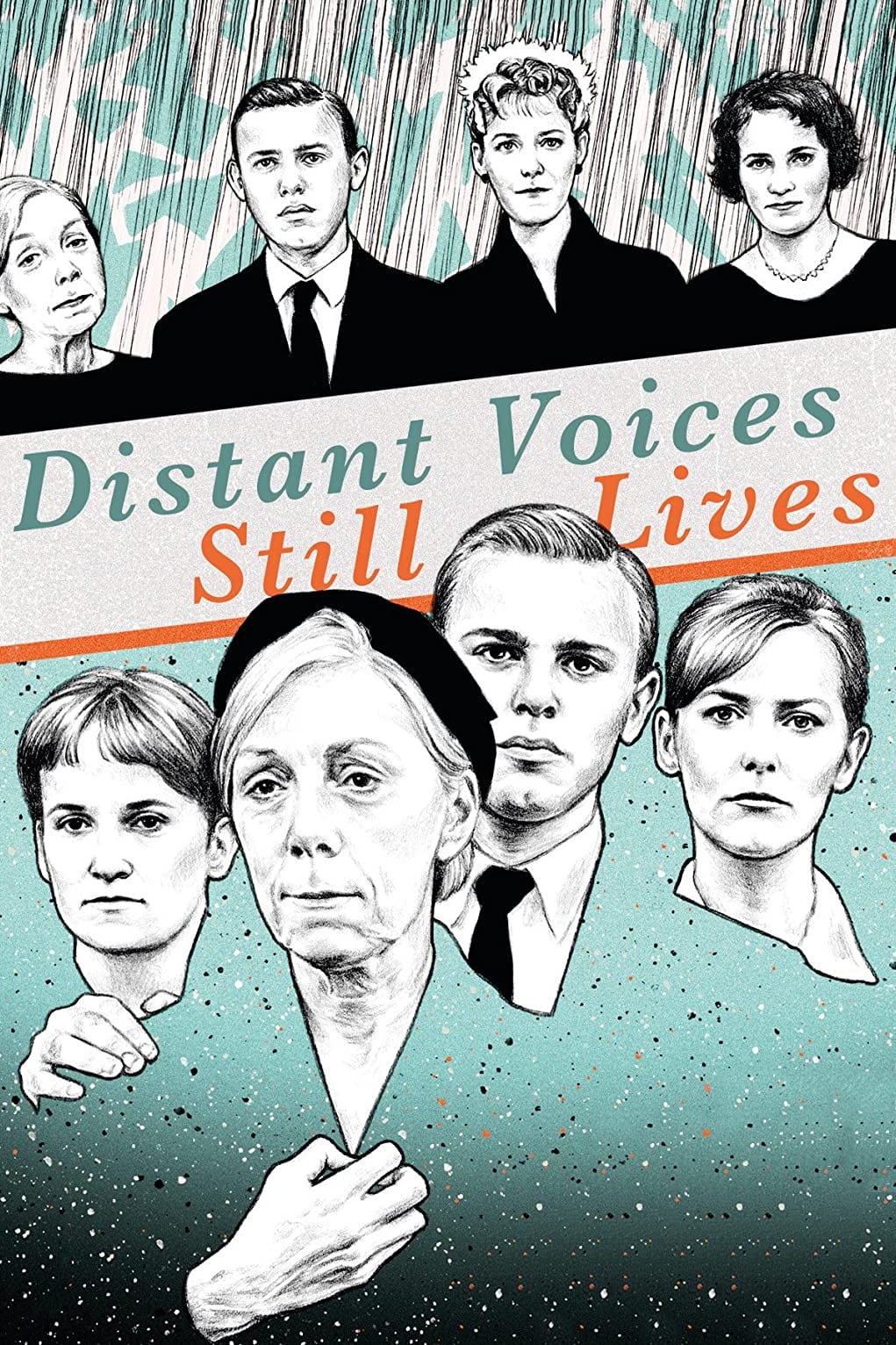 Here we watch a troubled working-class family in Liverpool, England struggle and persevere during, and directly after, World War 2. In the film’s first section, “Distant Lives,” the family patriarch (Postlethwaite) is a failed, deeply frustrated man and worse, a violent and abusive drunk behind closed doors. Yet at the same time, he’s capable of occasional kindness and loves his family, particularly eldest daughter Eileen (Walsh). His damaged wife (Dowie) suffers stoically yet can’t protect her own young children. In the second section, “Still Lives,” the father has died, and Eileen is getting married. Though times seem happier, memories of the past intrude, and the future seems fragile and uncertain. But life goes on and somehow, family endures.

Davies’s largely autobiographical debut feature is a brilliant, highly evocative portrait of one dysfunctional family hanging on. Rather than focus on dialogue and action, the director takes a non-linear approach, creating a rich sensory experience as he romances remembered songs, voices and images from that tumultuous time and place. In recreating the stifling everyday life of his youth, he emphasizes recurring rituals, like family and friends singing in the local pub. The effect is one of immediacy and intimacy; we feel we are right beside these very human characters. The whole cast is superb, particularly Postlethwaite, who’d be Oscar nominated five years later for “In the Name of the Father.” Not easy to watch by today’s standards, but still a powerful, even profound film for anyone curious to enter these “Lives.”