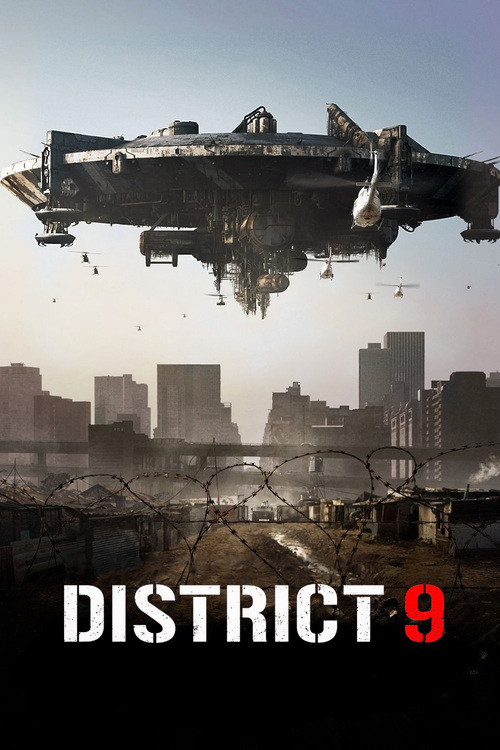 Extraterrestrials come to earth and land in Johannesburg. The city’s human residents swiftly marginalize these creatures, relegating them to slums. Wikus Van De Merwe (Copley), a state security agent, is tasked with moving all the aliens from their current dwellings in District 9 to an even less hospitable location. Wikus eventually gets exposed to a powerful alien substance, which begins transforming him into... one of them. Obviously, his bosses want to make a guinea pig out of him, and so hunter becomes hunted. Will Wikus become fully human again, and will the aliens finally escape this planet?

Even with state-of-the-art effects creating a most convincing race of aliens, Blomkamp’s disarming feature succeeds mainly on the fundamentals of story and script. (The film, which netted four Oscar nods, including Best Picture for producer Peter Jackson, cost only $30 million.) Brisk pacing and rousing action scenes are complemented by a welcome tongue-in-cheek tone, and a fun performance by actor Copley, who's far from the usual action hero type. All these ingredients give this "District" a quirky, original quality sorely missing in most Hollywood fare of this type.