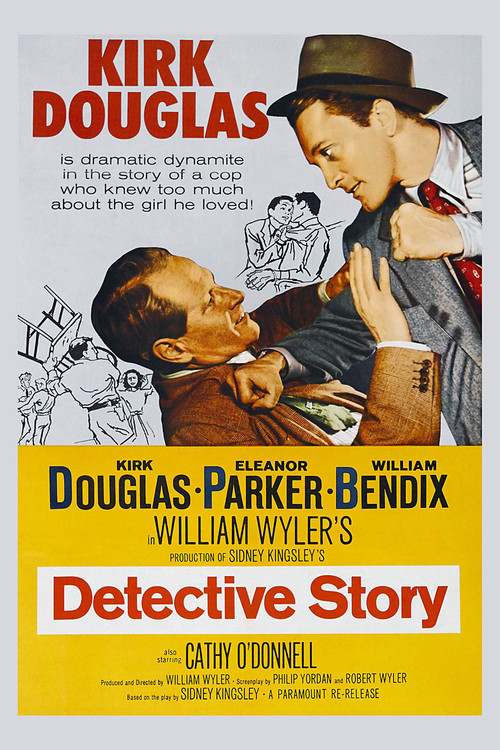 Over an eventful day in New York's 21st Precinct, Detective James McLeod (Douglas), a man of unwavering principle, works over various thugs and thieves with the swaggering confidence of a veteran cop. But his attempts to put away a shady doctor (Macready) lead him to discover a corrosively painful truth about his beloved wife, Mary (Parker). How will this tough cop handle a crisis so close to home?

Before "Homicide" or "Hill Street Blues" came this gritty, hard-hitting cop drama based on Sidney Kingsley's play. Honed to tense perfection by director Wyler, the film is a showcase for fine, colorful ensemble acting. There's William Bendix as the no-nonsense lieutenant; a young Lee Grant reprising her stage role as a mousy shoplifter; and Joseph Wiseman, hilarious as an "innocent" Italian burglar. But it's Douglas's fierce, tragic performance as a modern lawman who still sees the world in black and white terms that fuels this gut-twisting drama. Absorbing and devastating, this "Story" gets under your skin and stays there.