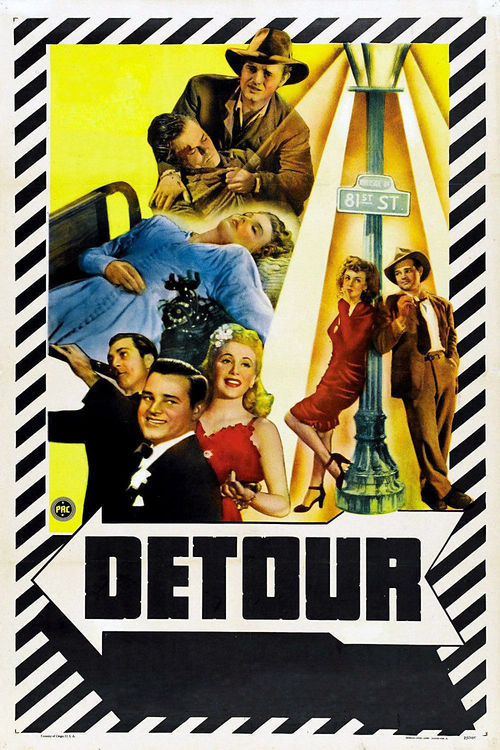 Hitchhiking to California to reunite with his singer fiancée, Sue (Drake), penniless musician Al Roberts (Neal) finds himself in a jam when the pill-popping motorist who picked him up dies behind the wheel of a heart attack. Afraid he'll be accused of murder, Al decides to bury the body, assume Haskell's identity and take off in his car. When the chronically unlucky Al later picks up shrewish, calculating Vera (Savage), she discovers his secret and decides to use it for her own gain.

Made by a Poverty Row studio in just six days, this cynical, acid-tongued noir exemplified what a skilled director like Ulmer could do on a shoestring budget. Narrated by Neal, whose weary voice is that of a man recounting a terrible nightmare, "Detour" wallows in grim fatalism and sports a wildly venomous turn by Savage, as the castrating vixen who blackmails Al into a seedy get-rich scheme. Crisp pacing, hard-boiled dialogue, and on-the-fly camerawork make this fascinating film a "Detour" well-worth taking.