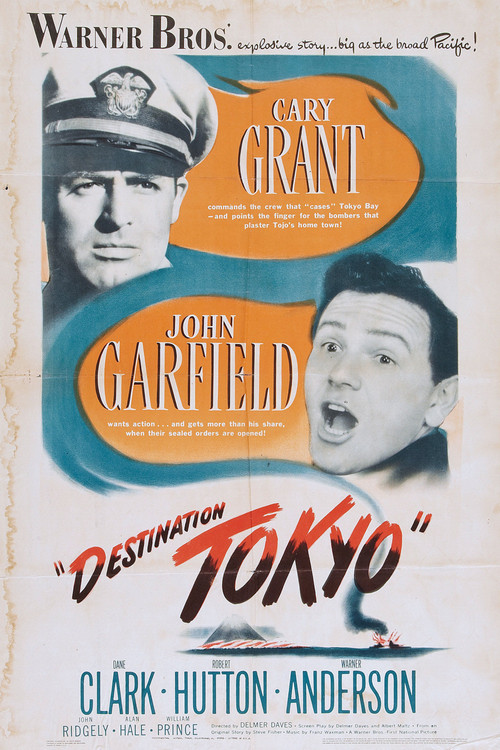 Still smarting from the Pearl Harbor attack and subsequent Japanese victories, seasoned submarine captain Cassidy (Grant) helps the Allies go on the offensive in the Pacific in the thick of the Second World War. His daring mission: to plant his sub right smack in Tokyo Bay, get a landing party ashore, and bring back intelligence vital to the success of a major upcoming air engagement.

Notwithstanding some explicit anti-Japanese sentiment, crew rough-housing, and longings for home that feel a touch sappy in today's unsentimental world, "Destination" stands as a first-rate propaganda picture, released at a time when we needed it most. Grant is fabulous playing against his usual well-tailored image in a modern war movie, one of his few. His Cassidy is steady but human — a born leader. His crew is also tops, with young star-to-be John Garfield a stand-out as a female-crazed sailor aptly dubbed "Wolf." The movie only improves the closer we get to Japan, and the outcome of the sub's delicate and dangerous assignment becomes clearer.