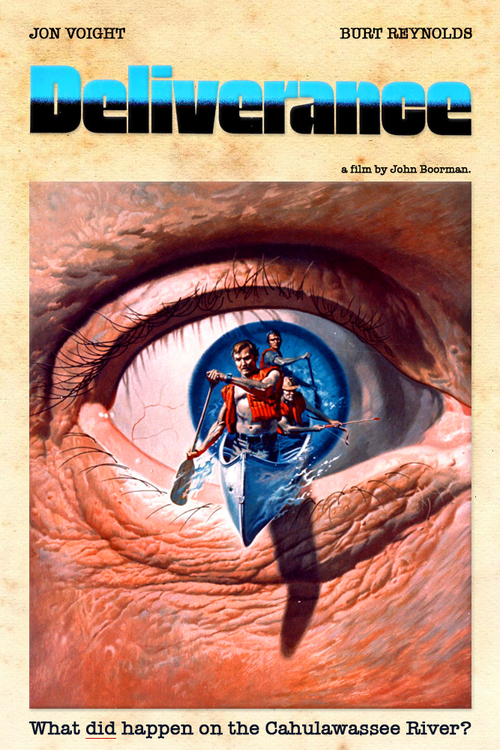 James Dickey's brilliant novel comes to the screen, as four pals (Voight, Reynolds, Cox and Beatty) enter uncharted waters on a male-bonding canoeing expedition in the Deep South. What begins as a tranquil communing with nature turns into an ugly, terrifying confrontation with a base and primitive form of humanity. All of a sudden, these men feel very far away from home.

While "Deliverance" functions as a riveting action film with sequences of potent suspense and terror, it's also a first-rate psychological drama which explores the essential duality in our natures: specifically, who we are in our normal "civilized" lives, versus who or what we become when faced with primal danger. This classic is definitely not for kids, nor the squeamish (though its brutal moments never feel gratuitous). Director Boorman coaxes excellent performances all around, with Reynolds a stand-out. Nominated for three Oscars, including Best Picture and Director, "Deliverance" is one of the real champs of '70s cinema.

Derek Del Gaudio's In and Of Itself