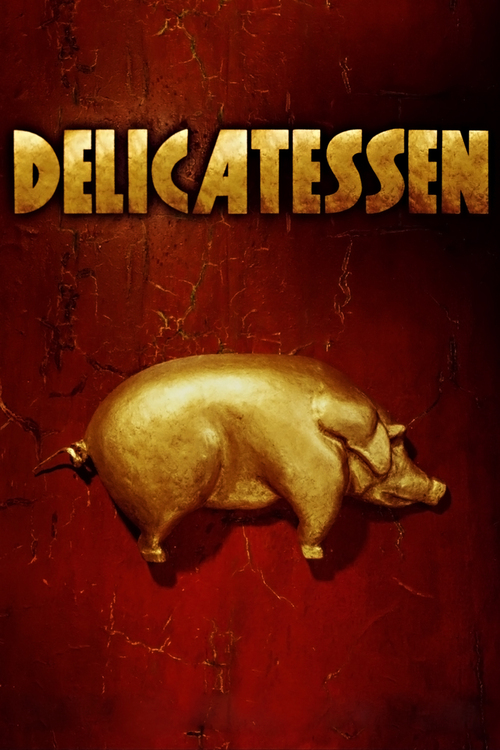 Set in the post-apocalyptic future when meat is scarce, this film trails the landlord of a dilapidated apartment building named Clapet (Dreyfus), who butchers anyone accepting the unsavory job of superintendent. He then serves up the ground-up remains of his victims to famished tenants in his ground-floor butcher shop. Problems arise, however, when his timid daughter Julie (Dougnac) falls for victim-to-be Louison (Pinon), a former circus clown.

One of the most inventive comedies to come along in many a moon, Jeunet and Caro's black-comic satire isn't just weird and wildly imaginative. It's also a tender love story, with Dougnac and Pinon making excellent, oddly heroic romantics. Championed by Monty Python animator Terry Gilliam, "Delicatessen" has a distinctive look that's half nightmare, half comic book; but more than that, it sticks in the mind for its bizarre plot and hilariously wicked sense of humor (just wait for the bed-squeaking love-making scene!). In all, "Delicatessen" serves up quite a unique flavor.

Deliver Us From Evil