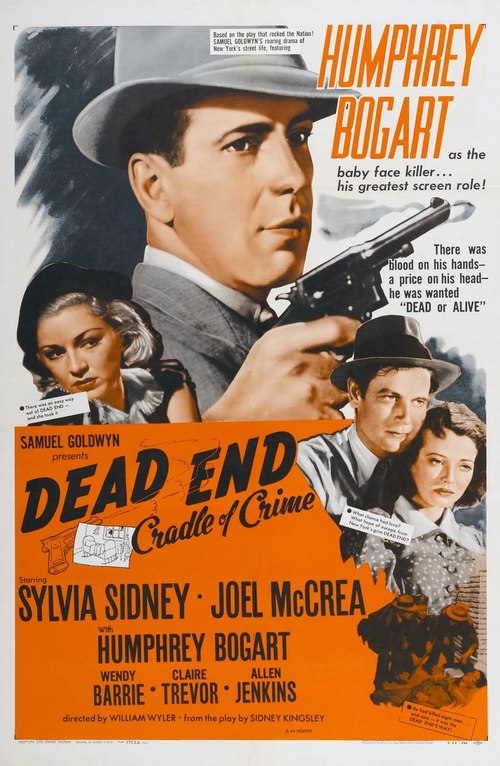 Disguised by plastic surgery, wanted gangster Baby Face Martin (Bogart) returns to his old neighborhood on the East Side of Manhattan hoping to look up his mother and former girlfriend. Living in the slum are Martin's old pal Dave (McCrea), now an out-of-work architect courting a wealthy neighbor, and Drina (Sidney), an impoverished, hard-working beauty raising her kid brother Tommy (Halop). When Martin starts teaching a local gang the Dead End Kids some professional tricks, Dave intervenes, hoping to keep Tommy square with the law.

Based on a stage play by Sidney Kingsley and scripted by playwright Lillian Hellman, Wyler's gritty, compelling fable of tenement life in the 1930s was touted in its day as a hard-hitting social drama about class tensions and the origins of crime. Bogart, in one of his first starring roles, is a ringer as the rotten Martin, though a key scene with his disapproving mother shows a vulnerable side, too. McCrea and Sidney carry their weight as the moral heart of Wyler's mean streets, and teen actor Halop plays ragamuffin gang leader Tommy with lots of heart.