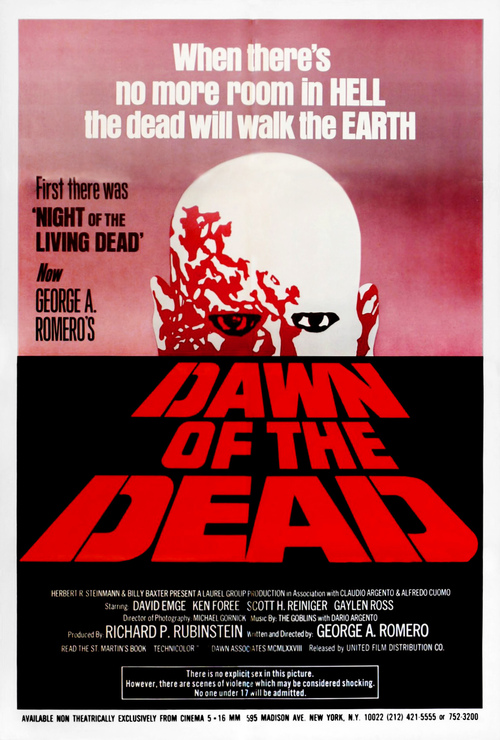 Dawn of the Dead

As an onslaught of flesh-eating zombies turns Pittsburgh and other major cities into hellish wastelands of walking dead, National Guardsman Peter (Foree) and helicopter pilot Stephen (Emge) are forced to take refuge in a vast shopping-mall complex, along with Stephen's girlfriend, Frances (Ross). For a while, they indulge themselves in the now-desolate consumer's paradise, but a menacing crew of bikers is about to turn their hiding place into the venue for a bloody confrontation with the undead.

George Romero's ghastly sequel to his legendary "Night of the Living Dead" is equally brilliant, and perhaps even more unsettling. It is also spine-chillingly funny, making blunt comparisons between the dead-eyed, gore-loving zombies and vapid American consumers. But for all its satirical wit, "Dawn" also features riveting action sequences, culminating in the final showdown involving soldiers, bikers, and endless waves of zombies. Tom Savani's ghoulish effects are not for the faint of heart, so be sure you're in the mood for explicit slaughter!