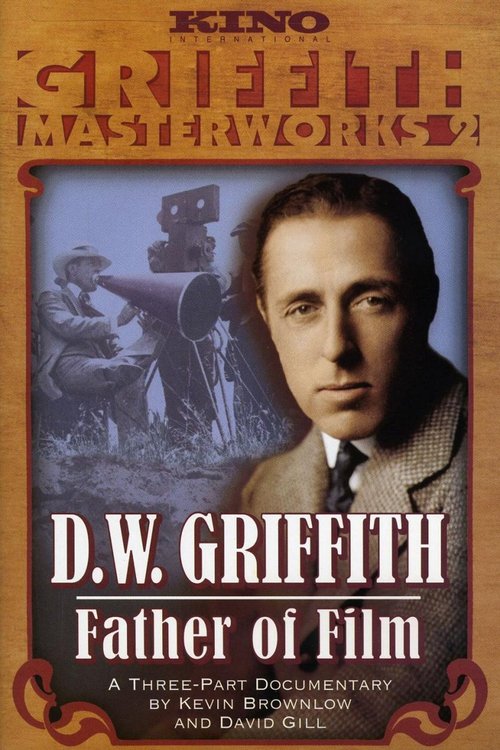 Highly respected film historians David Gill and Kevin Brownlow bring us the incredible true story of D.W. Griffith: a man who basically shaped the American movie industry, only to find himself eventually pushed out of it. The first episode chronicles Griffith's childhood in Kentucky and prolific early career churning out one- and two-reelers at Biograph. The second episode tracks the controversy surrounding the release of "Birth of a Nation" and the making of his seminal "Intolerance" and "Way Down East." The third and final episode deals with his downfall: several late-career flops; rejection from the studios; and eventually his passing, years after making his final film.

This probing documentary is an elegant, well-researched, tightly edited patchwork of clips, photographs and interviews with the likes of Frank Capra, Lillian Gish, and Blanche Sweet. To its great credit, the film presents a balanced view of Griffith in general, and his controversial masterwork Birth of a Nation in particular, capturing many different viewpoints on his wild and contentious career. "Father of Film" is a posthumous love letter to an oft-maligned trailblazer, open and aware of his flaws, but also of his rightful, prominent place in the history of film. To learn how the movies we watch today evolved, take this poignant trip to where it all began.