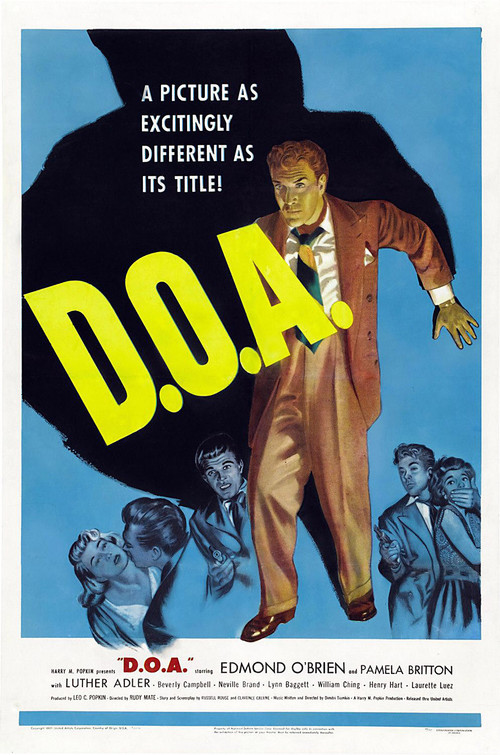 This classic “B” thriller revolves around an ingenious premise inspired by an earlier German film (1931’s “The Man Who Seeks His Murderer”): while on vacation in San Francisco, accountant Frank Bigelow (O’Brien) learns to his astonishment that he's been handed a death sentence. For reasons unknown, someone has fed him a slow-acting poison. Frank then takes on the bizarre and nightmarish duty of investigating his own murder. Will he find the culprit in time, and learn the motive behind his own death?

Veteran actor O’Brien’s steely, measured lead performance and Mate’s crisp direction help elevate this “B” entry into an unexpected noir classic. Tight, gritty and suspenseful, “D.O.A.” has built up a huge cult following over time, and it’s easy to see why. Expertly shot on location in San Francisco and Los Angeles by famed lensman Ernest Laszlo, “D.O.A.” is very much alive with intrigue. (Note: there’s also a Dennis Quaid remake out there, but we'd advise you to stick with the original!)