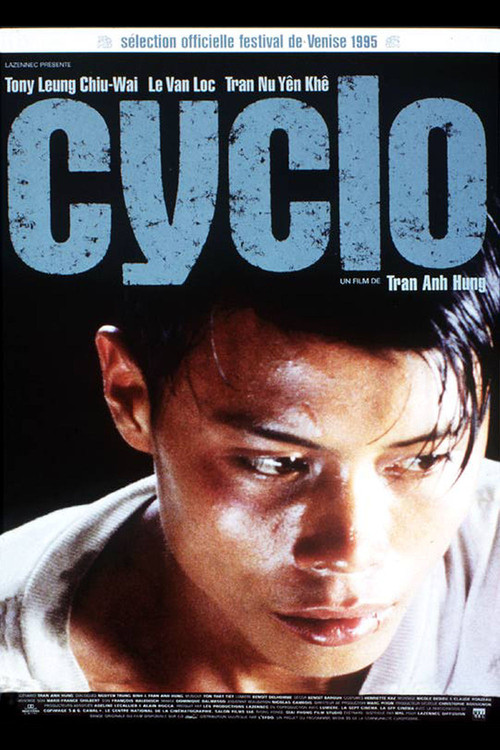 In present-day Ho Chi Minh, poor 18-year-old pedi-cab driver Cyclo (Loc) tries to eke out a living as rickshaw driver, ferrying passengers through the throng of the bustling city. When his “cyclo” is stolen, Cyclo falls in with local criminals led by a self-styled poet (Wai) to repay the debt he owes the taxi’s owner (Nguyen Nhu Quynh). What Cyclo doesn’t realize is that his beautiful sister (Tran Nu Yen Khe) is involved with the poet kingpin, too, doing work of a different sort.

Departing from the intimate grandeur of “Scent of Green Papaya,” Hung adopts a grittier tone for his elegantly crafted “Cyclo,” which trails a hard-luck Vietnamese teen who becomes embroiled in an exploitative criminal scheme. The direction is meticulous, the performances are outstanding (especially that of Khe, the director’s real-life wife, playing a woman lured into prostitution by her versifying lover), and the film’s overall effect is enthralling, even when it slips into disturbing violence.