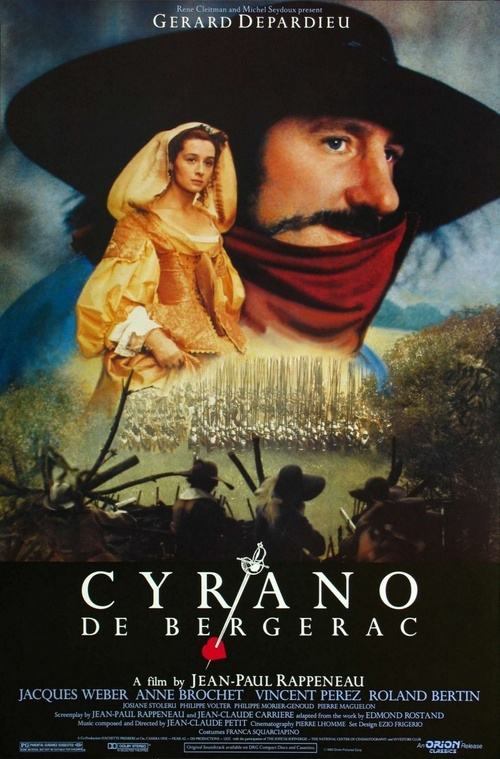 Swaggering Cyrano de Bergerac (Depardieu) is a 17th-century swordsman who’s madly in love with his comely cousin, Roxane (Brochet), but assumes she won’t desire him due to his unattractively outsized nose. Instead of giving chase, he agrees to help good-looking, but vacuous Christian (Perez) in his halting efforts to woo the girl, feeding him poetic lines perfectly calculated to charm her, thereby allowing Cyrano to freely express his secret passion.

Depardieu’s dashing embodiment of the unsightly, poetically gifted Cyrano sets a new standard for film versions of this popular play. But Rappenau’s opulent update succeeds on multiple levels: it’s visually fluid and verbally flamboyant (the dialogue is in alexandrine verse); the set design and cinematography are first-rate; and key scenes — like the battle of Arras — are handled with impeccable flair. This is a romance for the ages, grappling with the nature of love and beauty in all of its aspects.