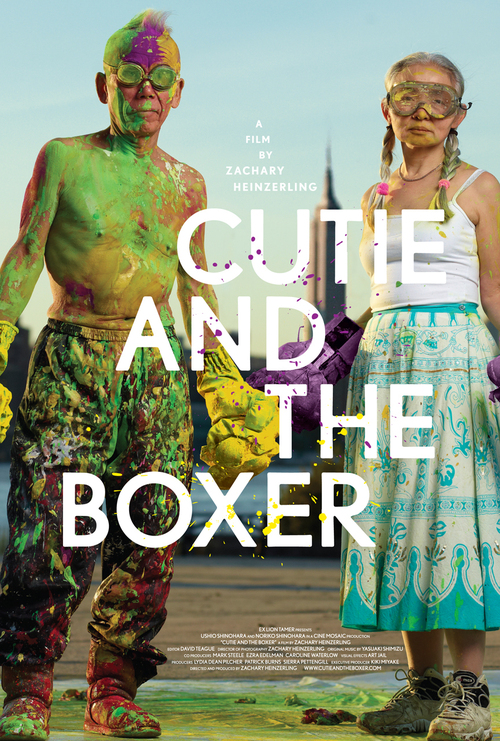 Cutie and the Boxer

When Japanese art student Noriko first met Ushio, she was 19, and he was 41 – and a rising star in the New York art world. They married, and forty years later, still paint and sculpt in their cluttered Brooklyn loft apartment. Ushio dreams of selling his “boxing” paintings (he punches the canvas with boxing gloves dipped in paint) for big money, and several galleries seem interested. Meanwhile, Noriko strives to emerge from her husband’s shadow and build interest in her auto-biographical illustrations titled “Cutie and Bullie.”

With remarkable candor, Ushio and Noriko reveal their lives on screen without pretense or self-consciousness. Ushio doesn’t hide his disdain for his wife’s career, and she doesn’t hide her resentment of his. It’s hard to comprehend the longevity of their relationship given his macho posturing and her long-suffering role as second fiddle; yet their mutual love of art, and also something deeper, bind them. Heinzerling mixes archival footage of Ushio as a young avant-garde hot shot with current scenes of the artist (now 80) working on his extremely distinctive creations. Nominated for an Academy Award, “Cutie” is a remarkable testament to the endurance of a marriage, and to the rewards and pitfalls of following one’s passion.