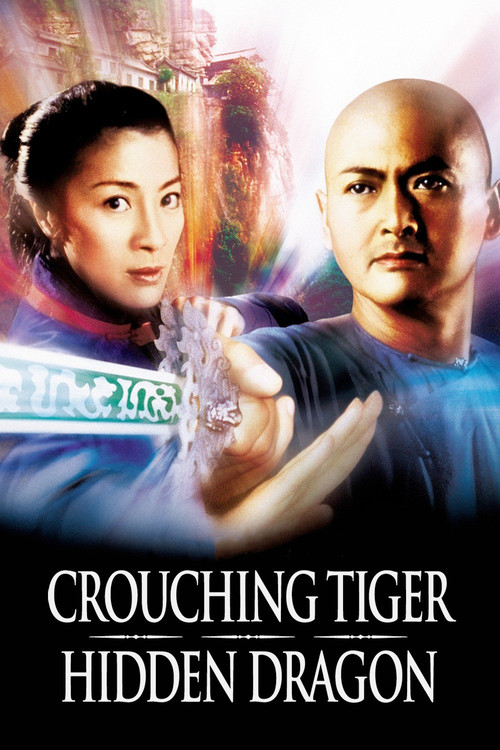 Set against the stunning temples and bamboo groves of ancient China, "Crouching Tiger" recreates the wuxia tradition, which involves mythical warriors capable of incredible power (most notably flight), but still ruled by human emotions. Li Mu Bai (Chow) is a warrior preparing for retirement whose magical jade sword is stolen. The thief is Jen Yu (Zhang), a rebellious hellion and daughter of a nobleman, angry at being denied martial arts training because of her gender. Lu Mu Bai embarks on a quest to retrieve the sword with another female warrior, Yu Shu Lien (Yeoh). Though it'’s clear these two harbor deep feelings for each other, nothing can interfere with their mission.

The prodigiously talented Taiwanese director Ang Lee revitalizes the martial arts film in one fell swoop via intelligent storytelling, jaw-dropping cinematography, and riveting action choreography that feels more graceful than violent. The film, which holds the record for most Oscar nominations for a subtitled movie (it won four, including Best Foreign-Language Film), seamlessly combines elements of historical drama, romance and fantasy to create a distinctive and totally thrilling cinematic experience. Veteran actors Chow and Yeoh are first-rate, as is newcomer Zhang in a star-making turn. Don’t run to watch this movie – fly!