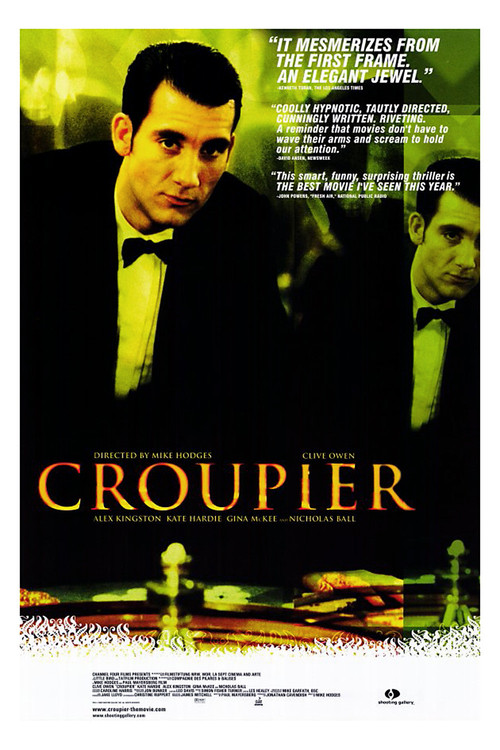 Down on his luck writer Jack Manfred (Owen) is so broke, he's forced to take a job as a croupier at a second-rate London casino. He doesn't mind the work, and is very good at it — but it's a job he thought he'd given up for good when he left South Africa years earlier. One evening, an attractive female gambler (Kingston) begins frequenting his table. Seemingly by chance, they meet away from the club, and she soon ensnares him in a criminal plan he knows he should avoid. Still — what's an aspiring author to do when he needs a story to write and his life is about to become the best plot he could ever hope for?

This surprise box office hit launched Clive Owen to stardom, and no wonder. His calm, collected voiceover holds us fast, anchoring this slick, smart noir film where nothing is quite as it seems. Hodges and screenwriter Paul Mayersberg cleverly keep us (and Jack!) on our toes by introducing three different potential love interests in the uptight McKee, drugged-out Hardie, and alluring femme fatale Kingston. The story only gradually shows its hand, but by the time Jack makes his crucial gamble, we are thoroughly, irrevocably hooked. Here's one contemporary thriller worth betting on.