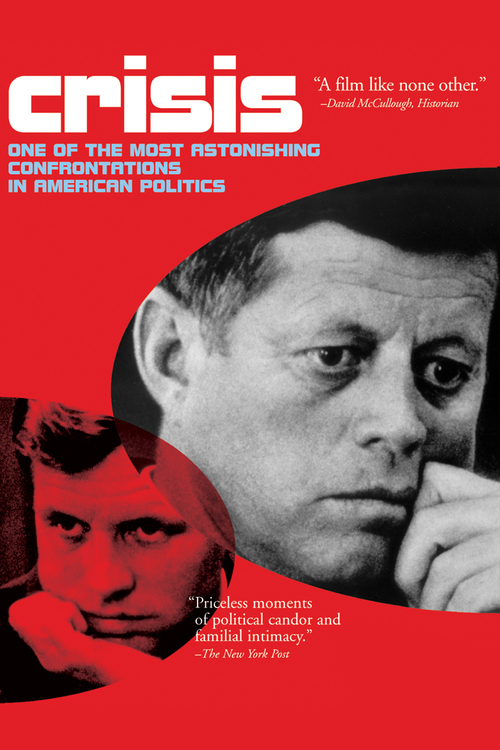 Crisis: Behind a Presidential Commitment

Just as the Civil Rights movement was heating up in 1963, President John F. Kennedy faced an historic test of leadership: African-American students Vivian Malone and James Hood planned to matriculate at the newly integrated University of Alabama, but the state's governor, the staunch segregationist George Wallace, declared he would defy the law and ensure the students were physically barred from entering. Employing four crews, "Crisis" captures the tense behind-the-scenes negotiations and strategizing leading up to the event and its aftermath.

With its use of then cutting-edge portable camera and sound equipment, this historic doc achieves a rare and fascinating immediacy. Drew negotiated wide access for his camera operators (which included future filmmakers Albert Maysles, Richard Leacock and D. A. Pennebaker), so we don't miss a thing as the conflict escalates. The film shows us the contest from all angles as well; even the repellant Wallace gets a fair hearing. We also get to witness the small, human moments that happen around big history, whether it's RFK unable to find the right phone in his office, or Wallace playing a quick game of catch with a neighborhood kid. Don't miss this illuminating piece of Presidential history.