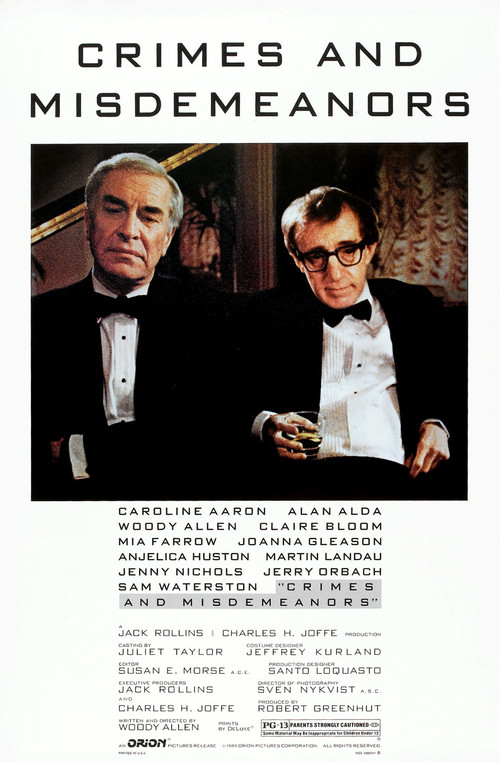 Well-respected ophthalmologist Judah Rosenthal (Landau) is in a sexless marriage with Miriam (Bloom), but when his mistress Dolores (Huston) insists on revealing their affair to his wife, he turns to his mob-connected brother, Jack (Orbach), for help. Meanwhile, documentary filmmaker Cliff Stern (Allen) falls for sensible producer Halley (Farrow) while directing a PBS tribute to his arrogant, unctuous brother-in-law Lester (Alda) — a Hollywood TV director whose superficial values are anathema to Cliff's.

This funny, intelligent drama trails two pairs of Manhattan men who couldn't be more different: Judah is an emblem of respectability, and brother Jack's a wise-guy realist; while Cliff and Lester represent the divergent aims of art and commercialism, respectively. Alternating between the moral melodrama of the first tale, and the witty romantic comedy of the second, Allen launches his finest work of the '80s, cleverly considering questions of ethics and integrity with levity and nebbishy introspection. Crisply directed and finely acted (Alda, Landau, and Huston are especially good), you'll want to do some time with "Crimes."