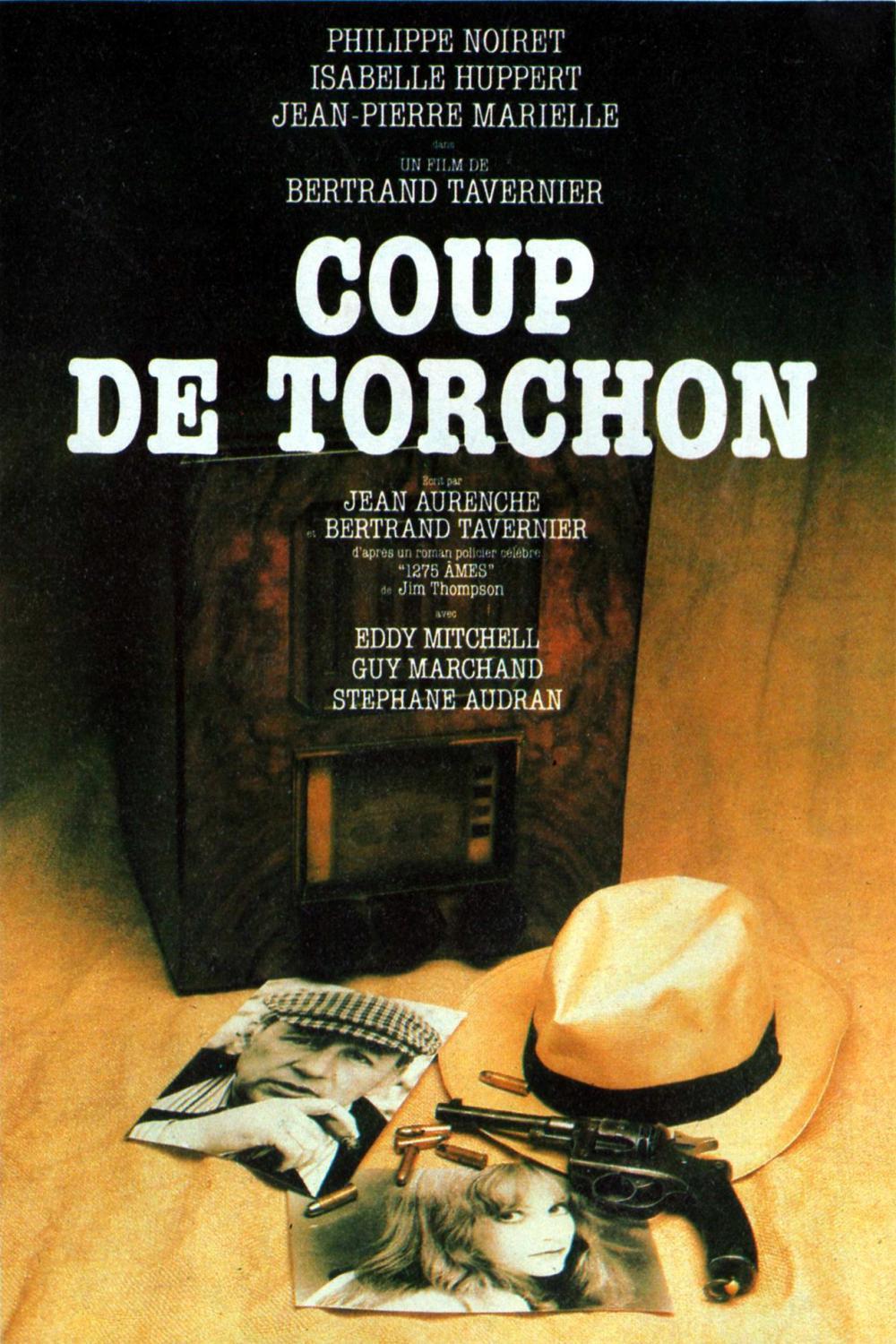 In colonial West Africa just before the outbreak of World War II, Lucien Cordier (Noiret) is the slovenly, ineffectual police chief of Bourkassa.  Mocked by the town’s unsavory residents, Cordier is blatantly cuckolded by his wife Huguette (Audran), who carries on with her lover (Mitchell) under their own roof.  Cordier is no angel however, finding solace in the arms of Rose (Huppert), a married woman with an abusive husband. One day, Cordier decides he isn’t going to take the humiliation anymore and sets about wiping the slate clean.

Transposing “Pop. 1280”, Jim Thompson’s work of Southern noir pulp fiction, to an arid, god-forsaken town in Senegal, director Tavernier intensifies the book’s themes of corruption and racism. Like a dishonest sheriff in a dusty oater, the sublime, sad-eyed Noiret personifies laissez-faire indifference, until something is awakened in him. Is it a belated attack of conscience, or just vengeful self-interest? Tavernier lets the film slowly evolve from deadpan comedy to cynical, existential drama as our anti-hero (like a Gallic Travis Bickle) forms his plan. With an ending that will bowl you over, this Oscar-nominated crime thriller has heart and brains to spare.