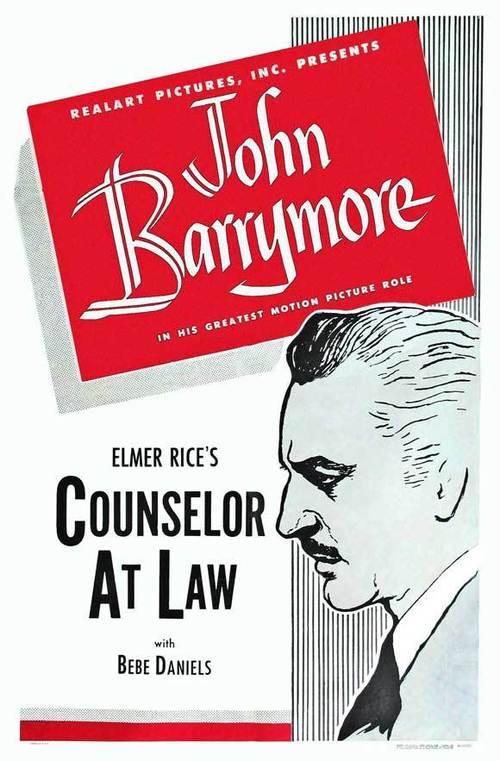 Perched high atop New York in his law office, attorney George Simon (Barrymore) runs a busy, lucrative practice handling — or rather, manhandling — a dizzying array of high-profile cases. "G.S.", as he is known to his staff, may run with (and occasionally bilk) the rich and powerful, but he also remembers his roots as an immigrant toiling on the streets of Greenwich Village, something his status-conscious socialite wife, Cora (Kenyon), seems almost ashamed of. When George faces disbarment for an incident of misconduct in his past, his high and mighty world is turned upside-down.

William Wyler's engrossing, head-spinning drama features Barrymore in a knockout role as a hotshot attorney with a formidable track record, a notable penchant for hard-luck cases, and a fawning softness for his well-to-do wife, whose affection does not seem nearly so unconditional. As a series of mini dramas, play out around Simon — involving agonized clients from the old neighborhood, interactions among his chirpy young staff, and the unspoken, unrequited love of faithful secretary Regina (Daniels) — "Counselor" inexorably builds to a tense climax. Filled with vivid performances by a slew of fine character actors, "Counselor" is a rapid-fire drama of class and privilege, love and lucre.