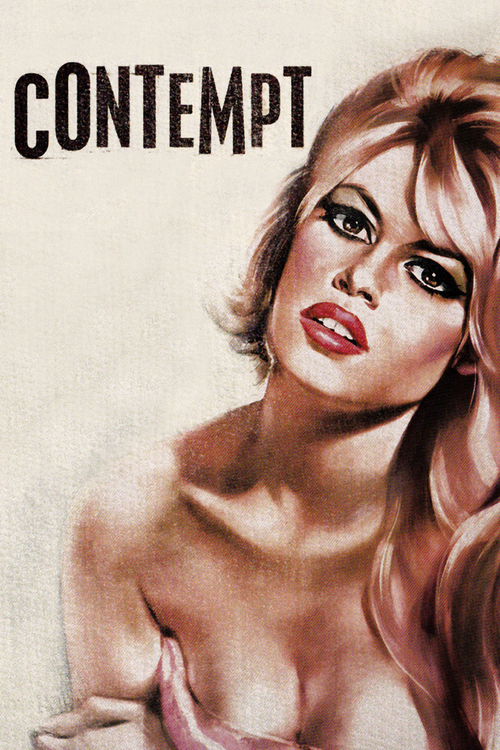 Though he longs to write for the stage, pulp-author-turned-screenwriter Paul Javal (Piccoli) agrees to rewrite a script based on Homer's "Odyssey" for crass American producer Jeremy Prokosch (Palance) who has secured the great Fritz Lang (Lang himself) to direct. But Paul's decision to take the assignment earns the immediate contempt of his wife Camille (Bardot) whose sudden mysterious disgust for him ultimately threatens their marriage.

In the hands of New Wave master Godard, this brilliant, piercing film about alienation and the end of a marriage is also quite overtly about the cinema itself - especially the role of art in relation to commercial interests. Casting sex kitten Bardot as Camille is particularly inspired, as anyone will understand how a sudden loss of her affections would drive a man insane. As a slick, boorish Hollywood type, Palance is wonderfully reptilian, but Lang has all the best lines, effectively ventriloquizing Godard's own views. Lovingly shot in Rome and Capri in dazzling CinemaScope, "Contempt" is subversive food for thought.