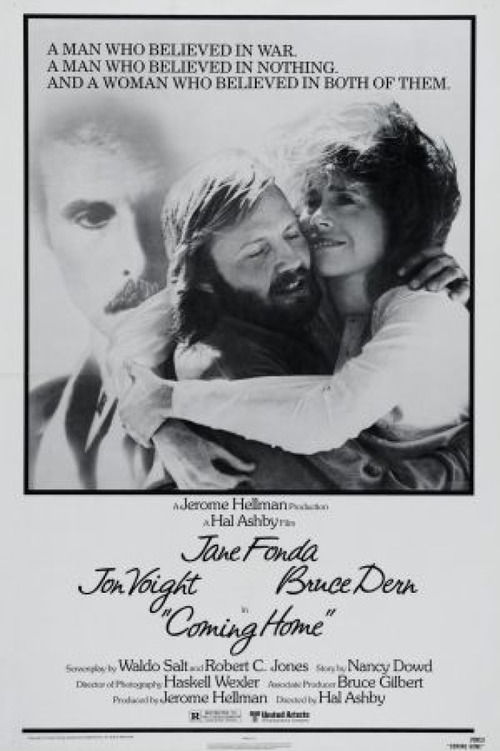 Fonda plays Sally Hyde, a Veterans' hospital volunteer, whose husband Bob (Dern) is away fighting in Vietnam. At the hospital, she befriends Luke Martin (Voight), a paraplegic as a result of the same war. Luke's bitterness over his fate is gradually overcome by his evolving relationship with Sally. Soon the two fall deeply in love. When Bob eventually returns from overseas, he, Sally and Luke have a lot to sort through.

Director Ashby's brilliant "Home" functions both as an incredibly tender love story and an equally moving meditation on the human price of war. This highly intelligent and riveting film hits no false notes, and is propelled by intense, deeply felt performances from the three leads, all of whom were Oscar-nominated (both Voight and Fonda won). Nancy Dowd, Waldo Salt, and Robert C. Jones also took home statuettes for their script, and the film garnered an additional five Oscar nods, including Best Picture. An unqualified triumph.