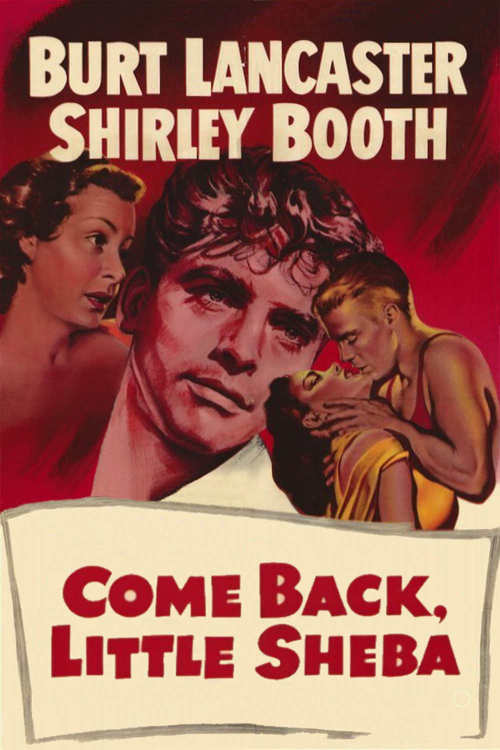 Middle-aged childless couple Doc and Lola (Lancaster and Booth) live a content but fragile existence, with Doc off booze and in A.A. for just a year. Doc's uncontrolled past drinking has turned a once-promising medical student into a struggling chiropractor, and made the once-pretty Lola old and frumpy before her time. When Lola decides to rent a room to young and comely art student Marie (Moore), unwittingly she sets Doc back on his prior path of self-destruction.

Based on a William Inge play, the wondrous "Sheba" soars on the strength of character actress Booth's wrenching portrayal of the lonely, used-up Lola, a role for which she deservedly won Best Actress over established stars Bette Davis, Joan Crawford, and Susan Hayward. Lancaster is clearly too young for the part of Doc, but bless him, he still brings it off in the end, with his drunk scenes particularly frightening. Overall though, watch this for Booth — she will literally break your heart.