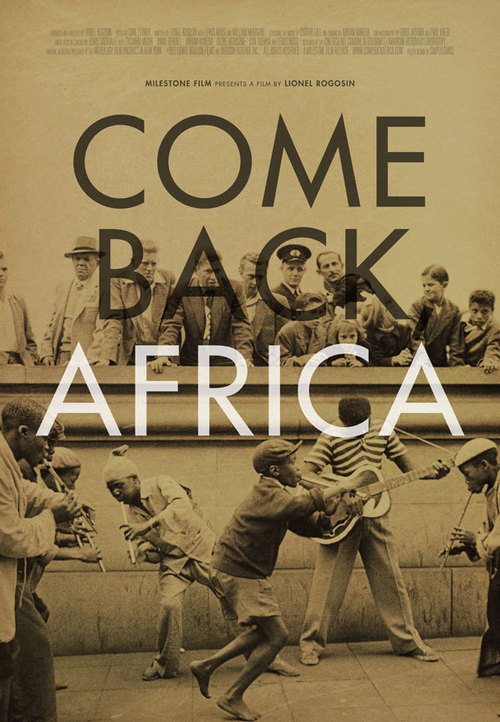 Zachariah (Mgabi) leaves his farmland for Johannesburg, where he finds work in a gold mine under brutal, inhumane conditions. All the while, Zachariah misses his wife Vinah (Bendile). He then secures a job as a houseboy, and is continually mistreated by a racist Afrikaans couple. Navigating the nightmare of South African bureaucracy, he scrapes by with menial jobs but finds no justice or respect. He finds solace in a “shebeen,” a sort of speakeasy, where he mingles with other angry black workers who decry the oppressive political and social climate.

A remarkable and courageous work of cinematic journalism, Rogosin filmed his non-professional cast in secret, and actually smuggled the footage out of South Africa. Pretending to be shooting a musical travelogue, he captured the vibrancy of life in Sophiatown, a mixed race township, and the film pulsates with the rhythms and dances of the streets. The script, written by Rogosin with actors Nkosi and Modisane (both anti-Apartheid activists), reflects the travails of life under Apartheid, but also exposes, in Martin Scorsese’s words, the “terrible beauty” of the culture. Banned in South Africa at the time (no surprise), this hybrid work of docu-fiction is groundbreaking and electrifying.