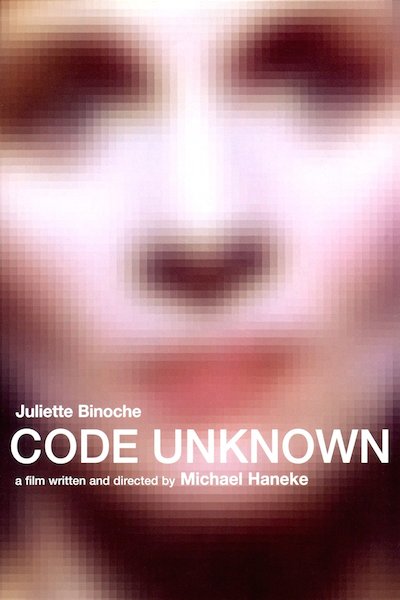 On the streets of Paris, a teenage boy Jean (Hamidi) waits for his brother’s girlfriend Anne (Binoche) outside her apartment. He gets into a scuffle with Amadou (Lu Yenke) who accuses him of mistreating Maria, a Romanian beggar (Gheorghiu). Maria is deported, Amadou is arrested and Anne’s boyfriend Georges (Neuvic) returns from abroad where he works as a photojournalist. Bound only by this one random occurrence, the lives of these loosely entangled people play out without further connection.

The subtitle to Haneke’s provocative work is “Incomplete Tales of Several Journeys” and true to that description, his camera quietly observes scenes that form a patchwork quilt of human experience. The sequences vary in length, often filmed in long, unedited takes and joined together by sudden fades to black that are jarring in their abruptness. Challenging and demanding, with touches of Haneke’s off-kilter insights, this fascinating drama won a special prize at the Cannes Film Festival, and it’s easy to see why. Binoche, as always, is superb.