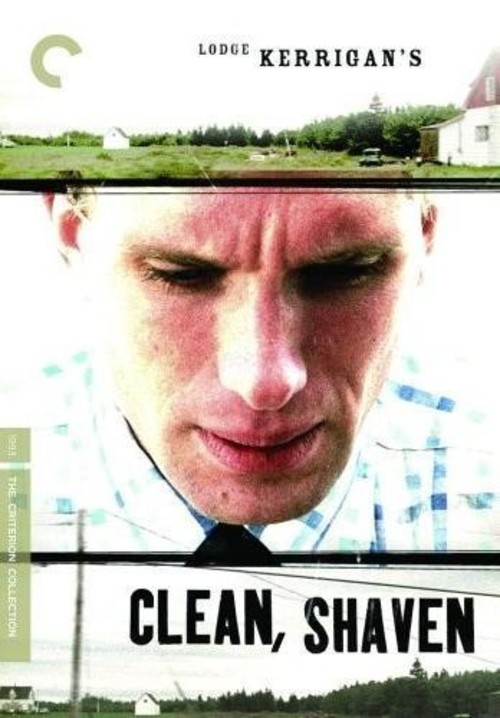 Recently released from a mental hospital, Peter Winter (Greene) is a deeply tortured paranoid schizophrenic searching frantically for his young daughter Nicole (MacDonald), who was put up for adoption by a family member. Assailed by horrific aural hallucinations and the memory of a traumatic incident from his recent past, Peter struggles to keep it together long enough to make the proper inquiries. Meanwhile, police detective Jack McNally (Albert) is tracking Peter, his prime suspect in the brutal murder of another girl.

This chilling, often harrowing psychological thriller, filmed off the coast of New Brunswick, inventively depicts the agonizing experience of schizophrenia from within. With insight and sensitivity, Greene conveys the inner compulsions and emotional turbulence of his central character. Innovative use of sound (such as radio transmissions and white noise) and images that may or may not be real all put us inside Peter's disordered, scrambled brain. "Clean Shaven" is often tough to watch (especially if you're squeamish about self-mutilation), but ample rewards await those with sturdy constitutions.

Client 9: The Rise and Fall of Eliot Spitzer