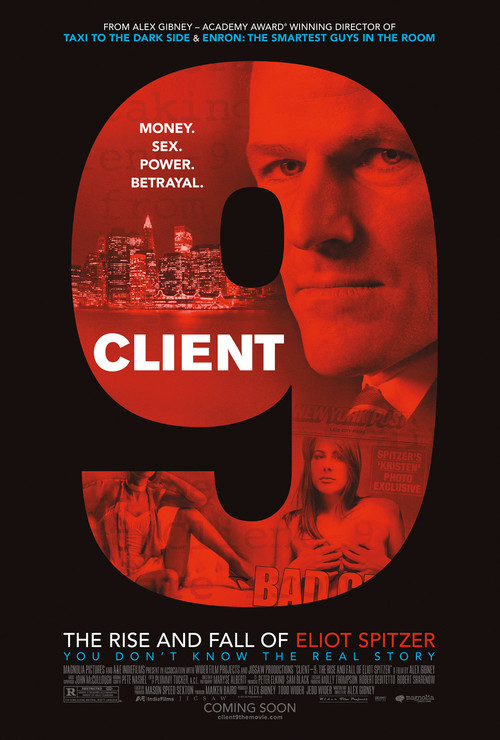 Client 9: The Rise and Fall of Eliot Spitzer

Eliot Spitzer's meteoric rise to the governorship of New York seemed to portend a new landscape for a state long wracked by corruption and political gridlock. Nicknamed "The Sheriff of Wall Street," he swept into office with a reputation as the ultimate straight shooter and seemed destined for even higher office. When the story broke that he kept company with prostitutes, he was ruined overnight. This probing documentary tracks Spitzer's rise and fall, and unearths the backstory behind the revelations that ruined one of the most promising political careers in the country.

Academy Award-winning filmmaker Alex Gibney was able to convince Spitzer himself to appear in this compelling documentary, and the fallen progressive hero cuts a complex, fascinating figure, with his outsized flaws every bit as evident as his brilliance. Though the retelling of how the sex scandal broke is deliciously salacious and compulsively watchable, equally riveting is the story of how mightily this revered former Attorney General struggled in his new role as governor, adding some powerful new names to a long list of powerful figures he'd alienated. This even-handed, revealing examination of hubris gone awry has all the sweep and scope of a great thriller — or, if you prefer, tragedy. If you think you know the whole Spitzer story, think again.

Close Encounters of the Third Kind