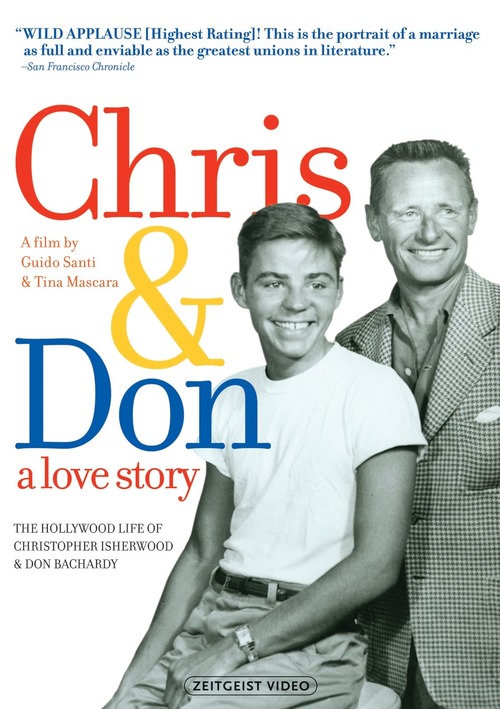 This chronicle of the enduring relationship between artist Don Bachardy and legendary British writer Christopher Isherwood (who wrote "Berlin Stories," the inspiration for "Cabaret") is told from the point of view of Bachardy, who was almost thirty years Isherwood's junior. His highly personal, loving reminiscences examine the special bond the two men shared, while charting the evolution of the gay community in Los Angeles from the fifties onward.

"Chris and Don" presents a touching and absorbing tribute to a rich partnership that stood the test of time. Few would have guessed this seemingly mismatched couple would last at the outset: when they met, Isherwood was a worldly, Cambridge-educated, decidedly middle-aged man of letters, while Bachardy was an unpolished, wide-eyed 18-year-old American. But their initial devotion only deepened with the years. Along the way they came to know some amazing people, many of whom appear in the film, including the captivating Leslie Caron and Liza Minnelli. You won't find a better romance in the fiction section than this fascinating true story of amour fou.