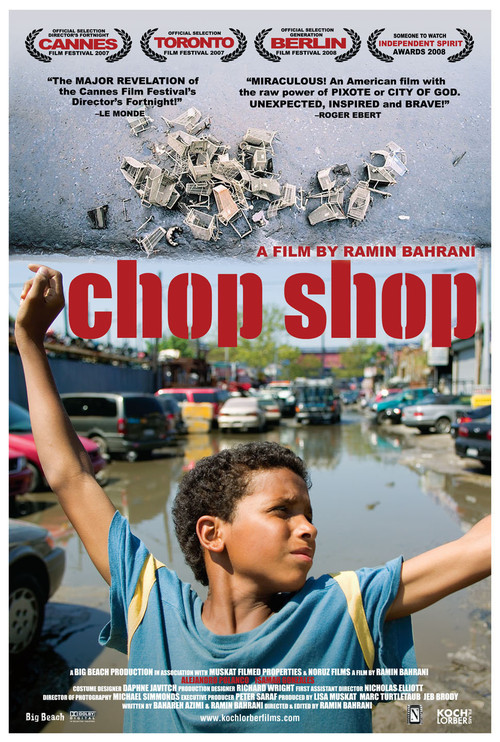 In an industrial-commercial area of Queens, New York known as the Iron Triangle, 12-year-old orphan Alejandro (Polanco) ekes out a living selling candy on the subway, and working in an auto shop whose owner lets him bunk in a tiny room above the garage floor. When his troubled teen sister Isamar (Gonzales) arrives from a group home, Alejandro is inspired to build a better life for them both, and redoubles his efforts to save up for a snack truck they can operate in tandem.

For this neo-realist urban drama, a follow-up to the acclaimed "Man Push Cart," Ramin Bahrani enlisted local and nonprofessional actors to enact a heart-rending story about poverty, disenfranchisement, and the American Dream. Beautifully shot by Michael Simmonds, and performed with true heart (if not seasoned polish) by its colorful cast, Chop Shop is a soulful and engaging indie charmer that transforms a bleak, true-to-life circumstance into a gritty, grease-splattered ode to underclass endurance.