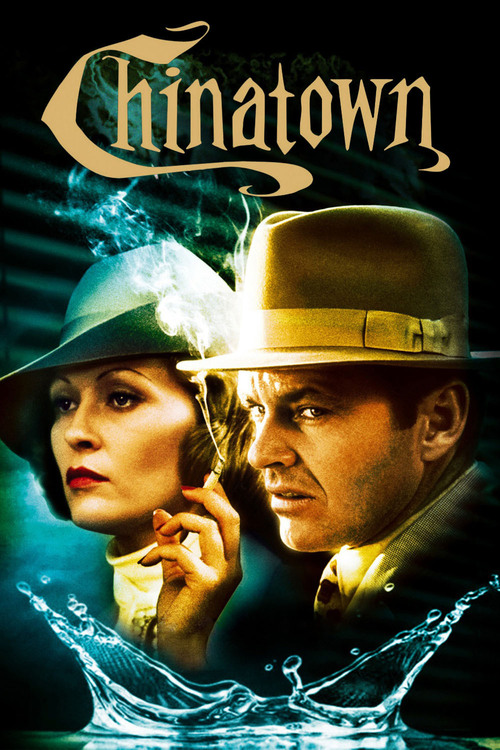 Hired by glamorous Evelyn Mulwray (Dunaway) to snap incriminating photos of her husband, private dick J.J. "Jake" Gittes (Nicholson) thinks he's on a routine investigation of spousal infidelity. It turns out Evelyn is actually the daughter of powerful baron Noah Cross (Huston), and the seamy revelations only mount from there, drawing Jake deeper into a hornet's nest of incest, betrayal, and corruption in seedy 1930's Los Angeles.

Cynical, brooding, and knotted with mystery, Polanski's "Chinatown" is an inspired update of the private eye picture that equals most anything Bogart did in the forties. The cast, of course, can't be beat: Nicholson puts his own stamp on the familiar character of a private eye in over his head; Dunaway excels playing a dangerous woman that most men would walk off cliffs for; and Huston delivers a titanic performance as the arrogant Cross. Watch for Polanski himself as a knife-wielding thug with a grudge against nosy people. "Chinatown" earned eleven Oscar nods, but snagged only one win (for Robert Towne's dense, twisty script). Viewed today, it's all too clear: it should have won more.