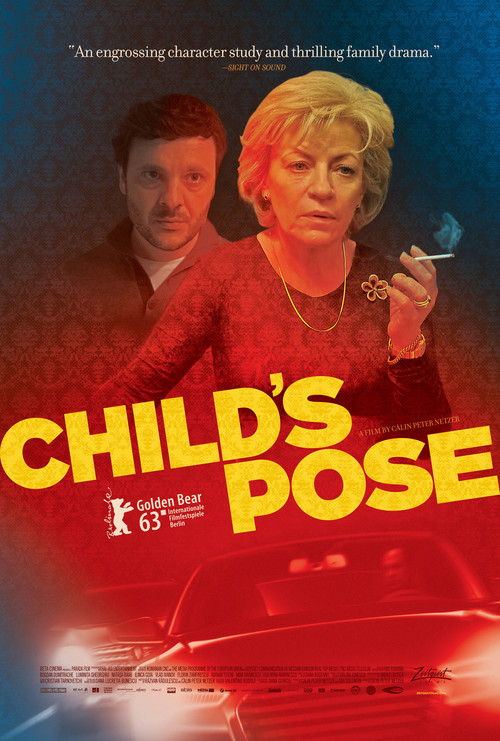 Cornelia (Gheorghiu) is a middle-aged, affluent architect living in Bucharest. Her only son Barbu (Dumitrache), a 32-year-old deadbeat, is arrested for causing a car accident that killed a 14-year-old boy. Despite (or perhaps because of) her strained, overly possessive relationship with Barbu, Cornelia leaps to his defense. She tries to influence the police report and implores a witness to change his statement. Eventually, she meets with the slain child's parents in an attempt to achieve closure. But will her efforts be enough?

Calin Peter Netzer's uncompromising drama won prizes at the Berlin Film Festival, as well as accolades for lead actress Gheorghiu, who gives a tour de force performance as the obdurate mother driven (and blinded) by maternal love. With her nouveau-riche attire and sense of entitlement, the film is also commenting on conditions in post-Communist Romania, where the class divides endure (the parents of the killed boy are poor), and lucre trumps ethics and decency. Shot with handheld cameras and an unflinching gaze, this superb addition to the cinema of Romanian New Wave is not to be missed.