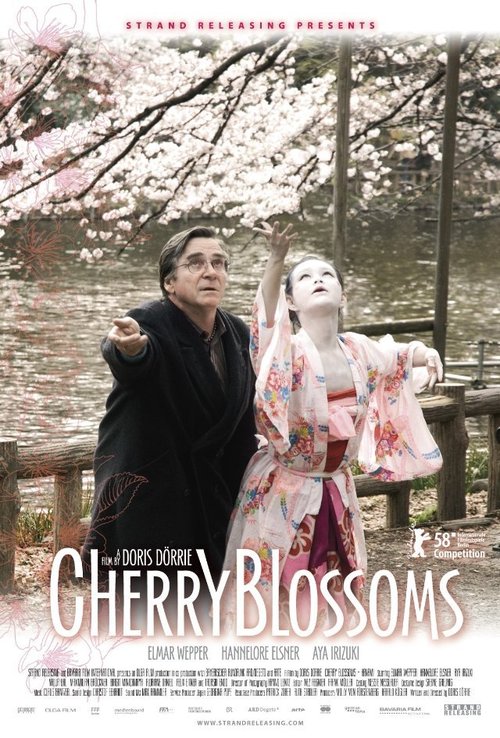 When Trudi (Elsner) learns that her husband Rudi (Wepper) is seriously ill, she suggests the pair travel to visit their grown children in Berlin. When they're met with a less-than-welcome reception, the aging couple decides to visit the seashore. There, it's Trudi who passes away unexpectedly, leaving Rudi alone to confront a host of secrets revealed in the wake of her death. To his surprise, Trudi had longed to live a different kind of life with their eldest son in Tokyo; to honor that wish, he travels to Japan and experiences a wholesale transformation. One day, he meets Yu (Irizuki), a young, female Butoh dancer, who agrees to take him in search of Trudi's ultimate desire: the shy, mysterious Mt. Fuji.

As lovely and delicate as the cherry blossom itself, Dorrie's mournful elegy makes for an unusually poignant and moving film. Wepper and Elsner (both noted German film and television actors) are pitch perfect, and in the first half of the film you may think you're watching a remake of Yasujiro Ozu's "Tokyo Story." After Trudi's sudden death, Dorrie brings Elsner back into the film via a series of cleverly executed dream sequences; it feels like Trudi is never far from from her grieving husband as he works to heal his spirit throughout Japan. Dorrie's navigation of Rudi's gentle friendship with Yu is beautifully realized as well, avoiding any May-December romance in favor of a touching and chaste portrait that's truly affecting. Savor this "Blossom."