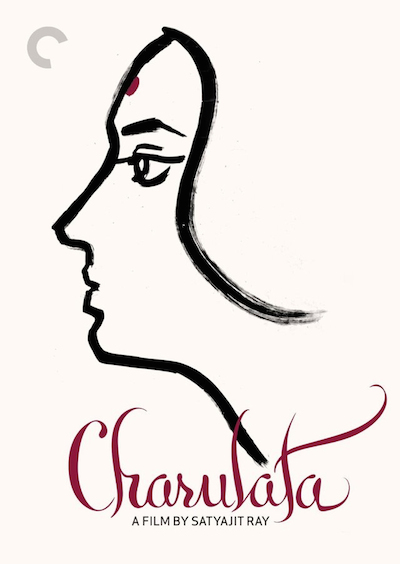 In Calcutta of the late 1870s, Bhupati (Mukherjee) devotes most of his waking hours to his fledging, political newspaper and neglects his beautiful wife Charu (Mukherjee). Sensing Charu’s boredom, he invites her brother and wife to come visit. His cousin Amal, a poet (Chatterjee) also shows up and Bhupati asks him to help Charu hone her writing skills. As the months go by, Charu starts to develop feelings for Amal despite the social strictures of the time.

Ray’s rich melodrama gives us a study of conflicting desire: sexual, cultural and political. Even as Bhupati’s paper criticizes British rule, his home suggests a man in thrall to that country’s customs. The stagnant marital relationship is reinforced by the interior locations (all shot on sets), and the languorous pace, as Charu keenly watches passersby in the street from her gilded cage. By contrast, Ray’s camera frees up when Charu swings in the garden, watching Amal as he writes. For this, Ray won the Best Director award at the Berlin Film Festival for the second consecutive year. He considered “Charulata” his best work; you may too!