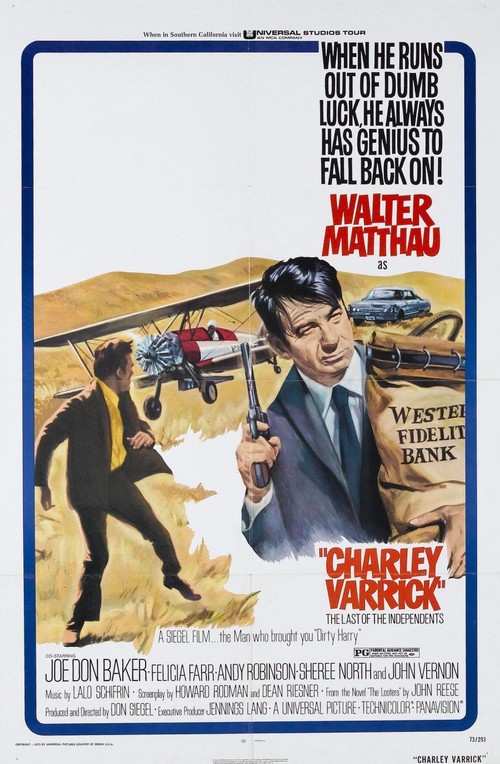 After a small-town bank heist leaves three people dead, including his girlfriend Nadine, small-time crook Charley Varrick (Matthau) hides out with his stick-up partner, Harman (Robinson), to count the loot. Instead of netting the expected two grand, the thieves find themselves holding $750,000 in surely laundered money. Now Varrick's got to outfox both the cops and a spooky hired killer (Baker) sent by the people he burned: the mafia.

Shortly after veteran action director Siegel scored a big hit with "Dirty Harry," he made this unjustly forgotten crime thriller starring the gawky, beak-nosed Matthau, who was known mostly for comedic roles. Playing wildly against type, Matthau is aces playing a sarcastic airman turned bank robber who uses his wits in lieu of a gun. Baker is wickedly good, too, as Molly, his pipe-smoking would-be executioner. Rejecting the romantic view of crime made famous by "Bonnie and Clyde," this film is taut and gruff, and Siegel directs with no-nonsense conviction.