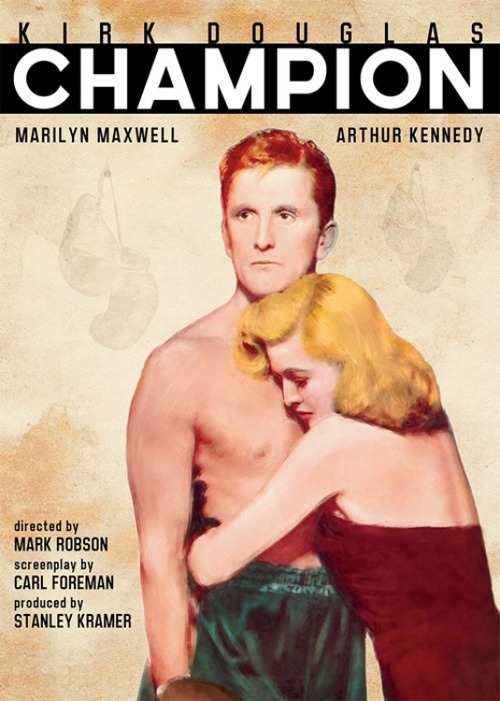 After moving to California with his bum-legged brother (Kennedy), working-class striver Midge Kelly (Douglas) enters the fight game, thanks to small time trainer Tommy (Stewart), who senses in Midge not only raw talent, but an unquenchable drive. His instincts prove correct, as Midge rises quickly through the middleweight ranks. However, along the way, this ruthless fighter throws aside friends, lovers, the mob, and all moral principles to nab a title bout. He may get the chance to be a champion, but not without paying a stiff price.

Douglas is ruthless and utterly riveting in his breakthrough role. Surrounded by a stable of gifted supporting players like Kennedy, Stewart, Marilyn Maxwell (as a high-living, seductive gold digger), and Lola Albright (as Midge's married lover), Douglas embodies the stubborn, selfish qualities that make Midge both a hero and a lost cause. Mark Robson's solid direction and taut pacing further distinguish this excellent boxing drama, which earned six Oscar nods (including one for Kirk), and lots of ringside fans.