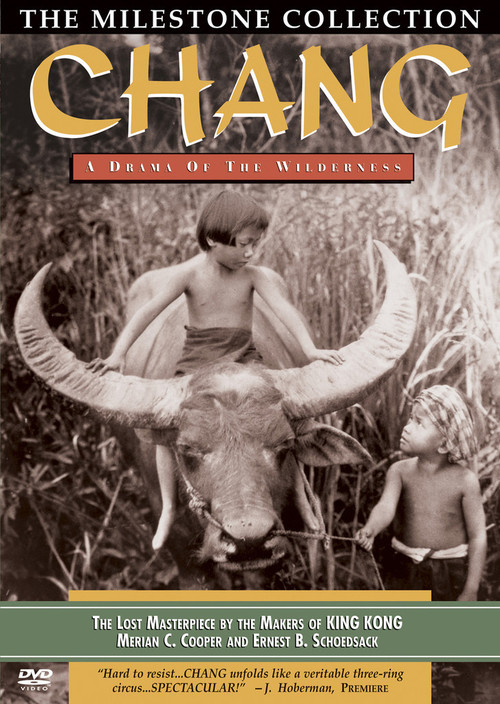 Building his home on the edge of a dense, forbidding jungle in Siam, tribal farmer Kru and his family struggle to eke out an existence and protect their livestock — one of their few resources — from the fearsome wild animals that stalk the rain forest. As we watch Kru confront and master his untamed environment (wait till you see him bagging that leopard!), we are increasingly awestruck at this unassuming fellow's pluck and daring.

For their impressive follow-up to "Grass," adventurous filmmakers Schoedsack and Cooper ventured to Siam, where they captured — and experienced first-hand — the perils of jungle life. Part docudrama, part ethnographic field study, "Chang" is a mesmerizing glimpse of ancient culture and the primal laws of the tropics. Could this be where the idea for their subsequent narrative opus, "King Kong," was born? It's hard to resist wondering, given the filmmakers' attention to a mischievous monkey named Bimbo. Regardless, "Chang" stands tall in its own right.