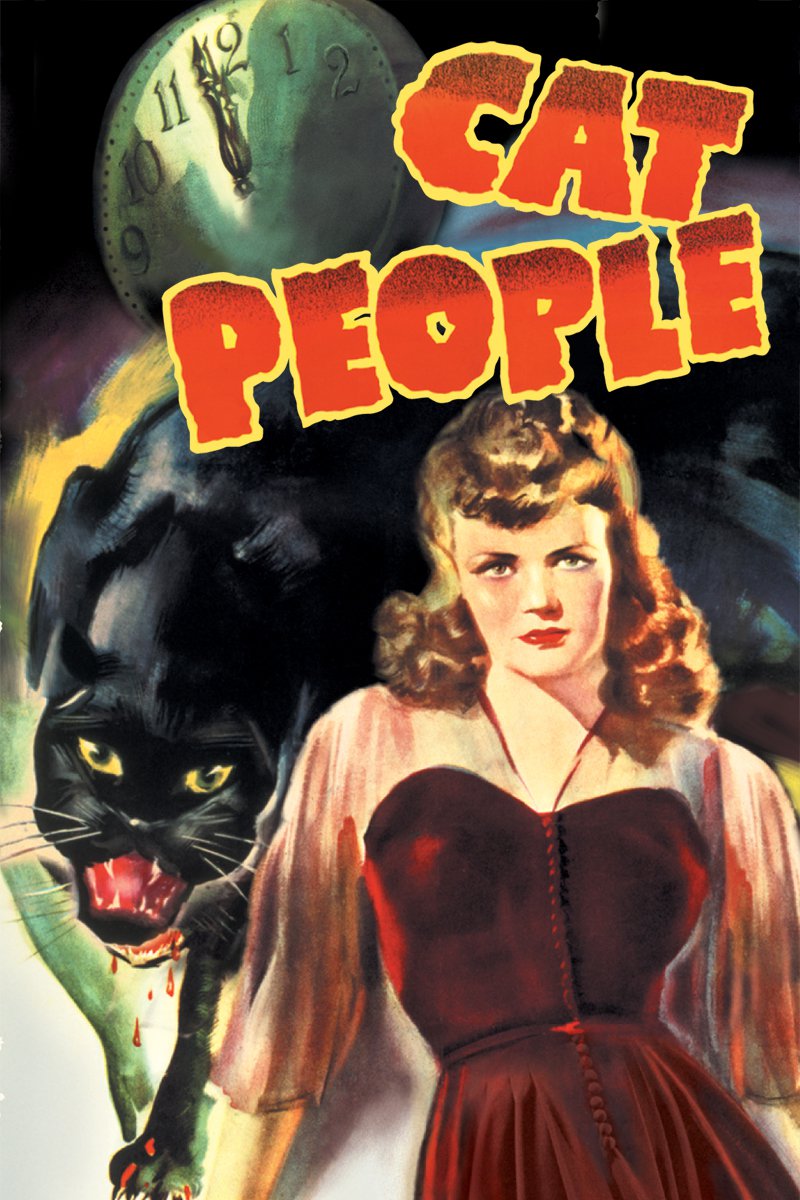 In front of the panther cage at the Central Park Zoo, Serbian sketch artist Irena (Simon) meets Oliver (Smith). They court and marry, despite Irena’s crippling fears about an ancient family curse; she seems to believe that some deep-buried evil in her is just waiting to be ignited. Oliver and his comely office colleague Alice (Randolph) convince Irena to see a therapist (Conway). But Irena has grown jealous and can no longer control her animal instincts. Watch out!

This low budget B horror movie was the first of many produced by Val Lewton. Made for under $150,000, it went on to earn over $4 million for RKO. Forced to recycle sets (including one from “The Magnificent Ambersons”) and skimp on special effects, the chills are heightened by inventive use of shadows and suggestive sounds, especially in the infamous nighttime pool scene. Simon, with her feline smirk, beautifully embodies the duality of Irena. Director Tourneur would go on to make the noir “Out of the Past”, but this earlier feature remains a masterpiece of creepy, psychosexual mood cinema.

Cat on a Hot Tin Roof