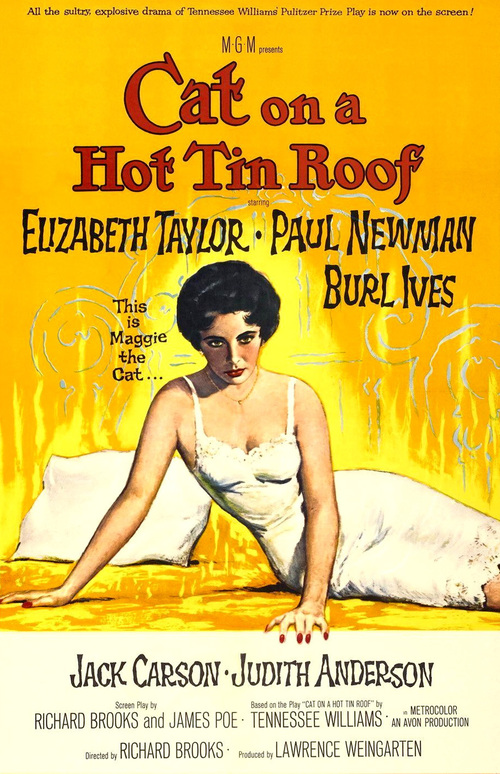 Cat on a Hot Tin Roof

Based on Tennessee Williams's play, this drama of familial conflict concerns alcoholic ex-jock Brick (Newman), who refuses to curry favor with his father, Southern patriarch Big Daddy Pollitt (Ives), for a large inheritance. Big Daddy clearly prizes Brick over his older son, family man Gooper (Carson), but Brick has sired no heirs with his ravishing wife, Maggie (Taylor), against whom Brick holds a long-simmering grudge.

This powerful depiction of a dynastic southern family crumbling from within is propelled by director/writer Richard Brooks's sure hand, and a first-rate cast, including Taylor, Ives, Carson, and Judith Anderson, as Big Daddy’s long-suffering wife. Newman’s Brick is a cauldron of sullen anger dulled with alcohol. Watching him here, we glimpse the hallmark of a great actor: not just acting, but reacting, so that all eyes stay on him, even with sultry Liz sharing the frame and spouting most of the dialogue, clad in a white slip.