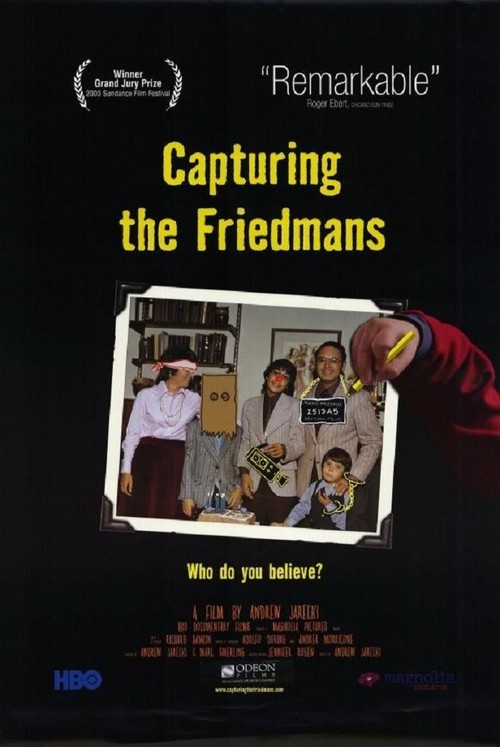 Director Jarecki started out to make a film about Manhattan's most popular birthday party clown, one David Friedman. Peering into David's background, he walked into a house of horrors. It seems David's father, Arnold, a respected teacher in Great Neck, New York, as well as Arnold's youngest son Jesse, had been arrested for molesting Arnold's computer class students. This documentary bears witness to one dysfunctional family's disintegration amidst seamy accusations and precious few conclusive answers.

This harrowing documentary blends the Friedman clan's early, lighthearted home movies with footage of the unfolding scandal, juxtaposing a seemingly idyllic family life with a domestic situation rife with anger, resentment and pain. Viewers may differ on Arnold and Jesse's degree of guilt, but few will maintain there wasn't something weird going on in that house. Don't miss this bold, unsparing, unsettling film.