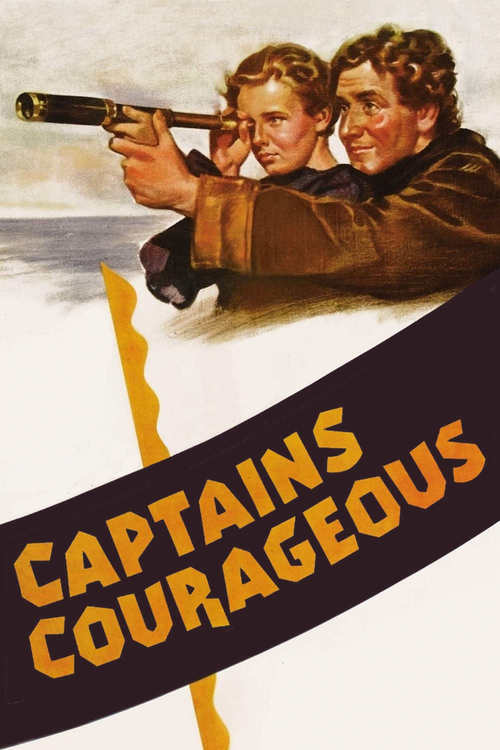 Young Harvey Cheyne (Bartholomew) is the pampered son of a wealthy widower and tycoon (Douglas) who has learned he can get whatever he wants if he whines, lies, and screams loud enough. On a posh cruise to Europe with his father, Harvey falls overboard and is rescued by a boat full of fishermen, including crusty skipper Disko (Barrymore) and the kind-hearted, Portugese-born Manuel (Tracy). As Harvey's official rescuer, Manuel undertakes to teach Harvey about real life and the ways of humble men who work the seas.

Based on a Rudyard Kipling story, this heartwarming adventure saga follows the transformation of a bratty pantywaist into a decent young man under the tutelage of Tracy's gentle fisherman. Bartholomew is a natural playing the self-centered child of privilege, and really clicks with Tracy, who won a Best Actor Oscar for his performance as the sensitive Manuel (though he hated putting on an Iberian accent). Absorbing for viewers of any age, "Captains" is a rousing tale whose bittersweet climax will not leave a dry eye on deck.