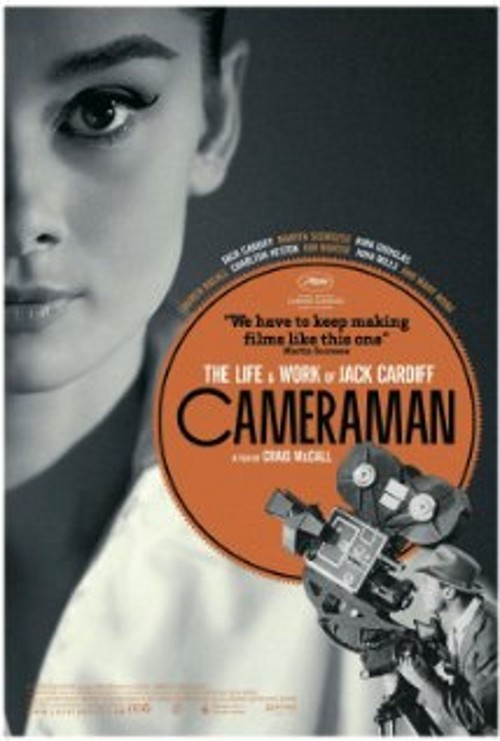 Cameraman: The Life and Work of Jack Cardiff

Academy Award-winning cinematographer and director Jack Cardiff was a legend in his own time. A pioneering master of Technicolor, he shot such enduring classics as “Black Narcissus,” “The Red Shoes,” and “The African Queen” over a prolific 70-year career. Even off the movie set, Cardiff’s fascination with cameras and composition was undiminished; he also dabbled in photography, capturing evocative still portraits of stars like Marlene Dietrich and Audrey Hepburn. Featuring interviews with Martin Scorsese, Charlton Heston, Sophia Loren, and many more notables, Craig McCall’s film pays fitting tribute to a gifted and dedicated master of his craft.

In a career that practically spanned the history of motion pictures, Jack Cardiff became one of the most respected cinematographers in the business, with his most notable achievement being the magic he worked with the early Technicolor process. Reverent and well researched, this fascinating tribute brings together a plethora of industry greats to discuss Cardiff’s legacy, and demonstrates the cinematographer’s approach of “camera-as-paintbrush” via gorgeous color clips from his films. Beyond serving up a poignant tribute to this extraordinary man (Cardiff died at age 94, shortly before the film’s completion), “Cameraman” also provides penetrating insight into the mystery and magic behind making movies. Film buffs in particular should pounce!